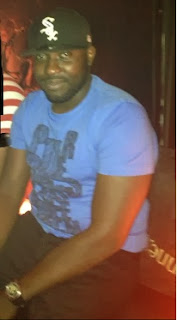 Yomi, exuberant son of former police boss,Tafa Balogun has brokered a truce with victim of his violent conduct, Oyin.
Yomi is alleged to have beaten up Oyin, a female staffer of upscale all night joint located in Lekki, Lagos- D' Place by Papas over 'unpaid bills'.

The incident that reportedly transpired in the night of Thursday November 7 2013 is said to have earned the victim treatment at an undisclosed health facility.

According to sources ' she suffered injuries to the face, hands and legs'.

Yomi was said to have reacted to 'rudeness' in attempting to get him to offset a N18,000 drinks debt.

He was said to have slapped Oyin, shoved her to the floor and delivered a couple of kicks and punches while she was down.

Informants disclosed the specific place of occurrence made it hard for the victim to get immediate help.

The beatings happened by Yomi's car where Oyin had gone to collect payment- but the former police boss' son didn't pack inside Club's space.

Sources claimed overall boss of the hang out Mr Frank Okamigbo had waded into the matter with the alarming shape it attained ( attracting bad press for the business and players) and effected a truce. 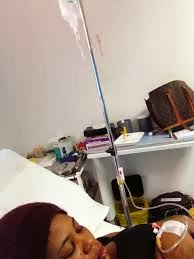 His peace moves were made easier by Yomi's eagerness to 'settle'.

He was alleged to be 'under the influence' at the time of the incident.

At press time,Oyin is alleged to have agreed not to press charges- and forgive the 'infraction'.
Posted by MAN ABOUT TOWN at 3:23 AM