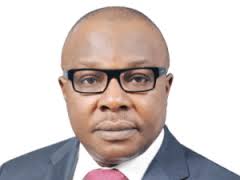 The reasons adduced are linked to established allegations of multiple fraud.

Unity Bank is set to announce the resignation of its CEO Henry James Semenitari. Semenitari was only just confirmed as CEO by the CBN January last 2014.

The recent resignation of the MD of Nigerian mid-tier lender Unity Bank, Henry James Semenitari was a pre-emptive move by the board of directors to position the lender on a growth path. Semenitari, who resigned on Friday, would be replaced by “someone from within who meets all the CBN requirements,” a banking source told Nairametrics

Last week, news media reported that Mr Semenitari had been placed on suspension and sent on compulsory leave. Rumor also had it that he was suspended after investigations revealed he may have spent about N100m on bullet proof cars, acquired expensive houses, paid made multi million naira payments to self, payment of productivity bonus allowances to select staff and indiscriminate sack of workers all without recourse to the board of directors.

Unity Bank which is partly owned by Obasanjo and represented on the board by his Daughter has been under sever pressure in the last few years and is purely a miracle how it is still standing. Reports also suggest the resignation of the CEO may have been on the instigation of the former President after some staff blew the whistle on Mr Semenitari
Posted by MAN ABOUT TOWN at 1:08 AM