Governor of Niger State is engaged in a fierce battle with mega spending that defy logic in his state. 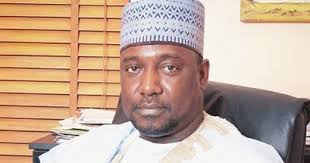 Few weeks ago, my friend and brother LDD, reminded me of this mild drama that occurred sometimes in the 80s...” I still remember the story vividly going by the

way my late dad laughed heartily when he read the story in the papers while sitting under the Tangerine tree behind our house in the ancient city of Ibadan.

Some heavy machinery belonging to a government agency disappeared in one part of a North East state and was eventually found neatly parked in another part of the state.

When the General Manager of the agency was queried, his response was that the machinery got to the new place as a result of the heavy flood recorded that year! I still remember how, in another NE state, we read of the case of termites that ate an entire fleet of harrowers and harvesters in the same 80's.

And now in 2015, the level of impunity has reached a level that it was recently discovered that an entire aircraft belonging to a state government suddenly developed wings and landed in a North African country!

And yes, in 2015, it is a case of how to build dozens of N6M latrine across local councils in Niger state. Kindly bear with me as I share.

On the 10th September 2015, His Excellency, Alhaji Abubakar Sani Bello, Executive Governor OF Niger State, delivered a statewide broadcast on the state of affairs in the Power State.

Apart from the policy thrust of his government, and what he had done so far, he took time to reveal the sordid way and manner the last administration ran the State financially. 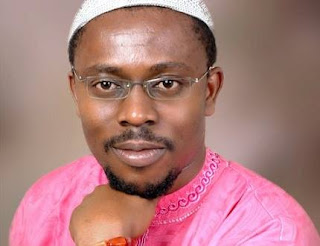 7. …For instance, out of the total sum of over N11 Billion paid to the accounts of Ward Development Projects, the relevant officials of the Ministry of Local Government could not account for N2.86Billion while N613Million was spent on "ghost" vehicles and N675.50 million was said to be lent to Ministry of Finance where the funds cannot be traced. Similarly, the sum of N498 Million purportedly spent on security cannot be traced to any security outfit or individual.

11. The loan of N2.96Billion taken by the Ministry of Local Government last year has generated some controversy and therefore deserves mentioning here. The loan was taken in 2014 at a time the Ministry had N3Billion in its account and was therefore unnecessary. Worst still, the purpose for which the loan was taken kept on changing until it was finally disbursed. Apart from the amount of N994M transferred to the Pilgrims Welfares Board, the Ministry officials could not account for N 203M while N572M and N530M were paid into the accounts of Government House and SSG's office respectively. These amounts were later on paid out in cash to PDP officials and other individuals. The vehicles for which N30M was purportedly spent are nowhere to be found.

12. …Selling of quoted shares of the State by the State Development Company amounting to more than N 500M, which was never remitted to the account of the state. Also the sum of N1.06Billion was disbursed in 2014 purportedly for Ramadan Iftar while N897M was spent on the purchase of Sallah Rams. Contract for digging of pit latrines was awarded at N6M each.

Meanwhile, no one should ask me, what kind of pit latrines cost N6M, and with the hunger in the land, what human waste was going to be disposed in such latrines, remains a big question, and sure it’s worth asking how much would a modern rest room have cost in the power state for expensive shit.

The above “lootocracy” is very well child’s play compared to many states, in some, websites were built for xyz sums, or monies disappeared with ghost contractors, and in others, they simply turned governance into family or clan affairs.

We are informed by Department of State Security “sources” of wads of dollar bills found in a government house, in the land of uncommon transformation.

Bitter truth is that, half of all the utterances of the current governor of Niger State is political language, until prosecuted, found guilty and punished for such despicable acts, nothing will change. And I dare say, no one would be punished, if the noise is loud enough, many would cry victimization, and leave him/her/them alone would be the chant! Faith, ethnicity and political affiliations would be currency, the law in Nigeria, which has a “big ass”, would equally play its role

With all these in mind, unfortunately some of the “fresh” governors have also embarked on their own “spree” of despicable acts, and are already on course to give us a repeat performance of what took place in Niger state.

In Lagos, we have seen the Hajj scam, in Plateau, the governor is reportedly buying properties like peanuts, in Imo Rochas cannot even show a statement of state accounts, after inheriting an empty treasury from himself…In Ekiti, governance has reduced to Fayose-cracy and APC kicking.

While I remain a cautious optimist on the Nigerian project; many of us however are not ready to interrogate leadership, we are still yet to put interventionist mechanism and systems that can stop our leaders “expensive shit”, do we want to clean the “shit” or we rather have latrines everywhere—Only time will tell