Aliko Dangote loses N1trn net worth in one year 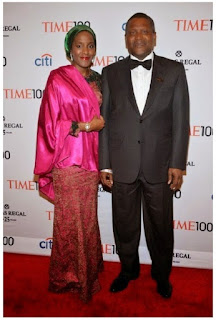 Nigeria’s Alhaji Aliko Dangote lost N1 trillion ($5 billion) in one year  as a result of drop in prices of shares at the stock market in Dangote cement
even as he retains his position as Africa’s richest man.

According to Forbes’ Africa 50 richest 2015 released, yesterday, Dangote is still the number one richest African for the fifth year in a row, but his $16.7 billion net worth is nearly $5 billion lower than a year ago, a result of a drop in the stock price at his Dangote Cement and a weaker Nigerian currency.

The report said: “After several years of steady growth in Africa, some sectors of the economy hit a wall. Lower prices for oil and other commodities led to a smaller number of African billionaires than a year ago on Forbes new list of Africa’s 50 Richest – 23 billionaires this year, down from 28.”

“South Africans made the best showing on the Africa’s richest list this year, occupying 16 spots, up from 11 last year. Nigerians had a smaller representation, with 10 members on the list, down from 13. Eight members hail from Morocco, seven from Egypt, three from Tanzania and three from Kenya. There was one each from Algeria, Angola and Uganda.”

Forbes said that the continent’s wealthiest 50 are worth $95.6 billion, a decline of $15 billion from a year ago.

The second richest African on the list is Nicky Oppenheimer, whose estimated $6.6 billion fortune stems from the stake he inherited in diamond miner and marketer, DeBeers. In 2012, Oppenheimer sold the DeBeers stake to mining giant Anglo American for $5.1 billion in cash. He moves up the ranks from the number three spot in 2014.

Forbes said that seven members of the 2014 list dropped off, including mining mogul, Desmond Sacco of South Africa and telecom tycoon, Strive Masiyiwa of Zimbabwe. Six previous list members returned to the list after dropping off, including South Africans Michiel Le Roux, CEO of Capitec Bank, and Raymond Ackerman, founder of retailer Pick N Pay Holdings.  The minimum net worth required to make the list this year was $330 million, down from $510 million a year ago.

Forbes said that the one newcomer on the list this year is Kenya’s Narendra Raval, with a net worth estimated at $400 million. A former assistant priest at a Swaminarayan temple – a Hindu sect -Raval was expelled from the sect when he married a Kenyan. He then got a job in the steelmaking business and later started Devki Group, which makes cement, reinforcement bars, and barbed wire.

There are once again two women list members: Isabel dos Santos of Angola and Folorunsho Alakija of Nigeria. Dos Santos, the eldest daughter of Angolan President Jose Eduardo dos Santos, sparked four members of the European Parliament to request an investigation in October into her investments in Portugal following a purchase in Dos Santos made in May 2015 of a roughly $200 million stake in Portuguese equipment supplier Efacec Power Solutions.