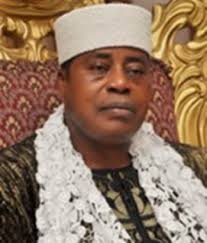 THE Nigerian  Maritime Administration and Safety Agency, NIMASA, yesterday shut down Obat  oil and gas facility
at Ibafon area of Apapa for non-compliance of the International Ship and Port Facility Security, ISPS, Code.

Confirming the development, Head, NIMASA’s Public Relations department, Hajia Lami Tumaka said that the facility was shut down for failing to comply with the Code, adding that any facility that falls short of the agency’s expectation with regards to the Code will also be sanctioned henceforth.

Tumaka told Vanguard that Obat will remain shut until every requirement for compliance of the Code is met.

When Vanguard visited the premises of the firm yesterday, the gates of t he company were firmly shut with the seal of NIMASA on the sealed iron gates.

NIMASA, it was gathered had given several warnings to some  terminals  and facilities perceived to have fallen short of the compliance requirement long before now.

It also gathered that apart from the closure of the firm, it will also pay a prescribed  fine after every security deficiency would have been corrected.
Speaking on the development, Chairman of the Lagos Maritime Security zone of the Port Facility Security Officers Forum, Mr. Suberu Anataku said that the issue of Obat shut down was discussed at the forum’s meeting yesterday.

Anataku however declined to discuss the matter any further until he makes contacts with certain persons.

Speaking in a similar vein, a maritime security expert, Mr. Lucky Aghomi told Vanguard that Obat along with other facilities found it difficult to comply.

Aghomi added that if NIMASA does not take action on non-complying facilities and terminals, this could compromise the security of the port.