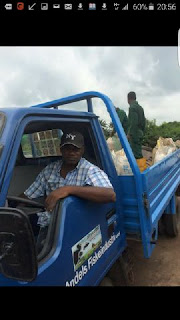 Michael Ayokunle Otedola, the older brother of bounced back man of wealth, Femi Otedola is a
truck driver.
And this picture here tells the story.
Though the older otedola's lifestyle is certainly not as classy and comfort laced as his younger brother's - but it is not totally bad.
Reason?
The truck he is picked driving is his.
And he uses it to ferry farm produce and cargo from and to the farm he operates in Epe, Lagos.
He is said to operate a farm with different segements in that part of Lagos, which incidentally is the Otedola's home town.
Other pictures produced here also provide window for background into Ayokunle's attempts to eke a living, be a man of his own. 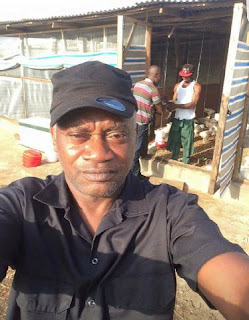 Digs by societynowng.com revealed things certain could have been better with a bit of help from his high flyer brother, Femi but the two are said to be nursing a bit of animosity between them.
Wealth one side and seniority on the other are said not be blending that well in the family.
And questions and decisions about the issue concerning the estate of their late father and former Lagos governor, Sir Michael Otedola are said not be helping the mix. 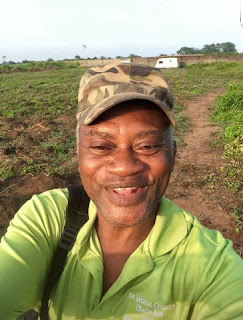