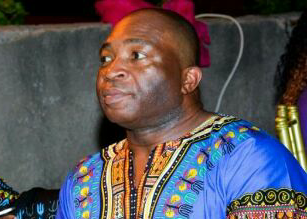 The entire GTbank Group has been thrown into mourning, this is because the news they have all been dreading eventually hit home like a huge hammer yesterday when it was discovered that bubbly Managing Director of GTbank Liberia, Mr. Dan Orogun is dead.


We gathered that Orogun an indigene of Delta State, Nigeria was involved in an unfortunate boat accident over the weekend and immediately a search and rescue operation was put in motion but all attempts to locate him proved abortive until yesterday when his lifeless body was recovered from the sea.

What makes his death so devastating was the fact that the boat ride was part of his 17th Wedding Anniversary celebrations. He had planned the ride for weeks, and had with him his wife and three children when the incident occurred.

Our source stated that the amiable gentleman was enjoying the cruise when he got a call, it was in the process of picking the call that he slipped from the edge of the boat and fell-and that was what led to his tragic end.


There was wailing and sadness yesterday at GTbank in Liberia as the news that his remains had been recovered was broken.

Many had thought, that by some miracle, he would be found alive-but it was pure sadness as the divers stated “We have found his dead body!His family at the moment is inconsolable!

Three days ago, GTBank had issued a statement on the incident: “We have just been informed that the Managing Director of Guaranty Trust Bank Liberia, Mr Dan Orogun is missing, after an unfortunate boating mishap that took place yesterday evening at the Barracuda Resort off the Robertsfield Highway in Monrovia.

“We urge you to please keep him and his family in your prayers as we continue the search for him. We will keep you updated as we make progress on the search,” the statement added.

Mr Orogun took over from Dolapo Ogundimu (Now MD, Access Bank, Ghana) at GT Bank Sierra Leone and performed so brilliantly that he was seconded to GTbank Liberia. He was well-loved by colleagues.