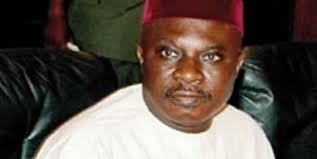 It is fashionable to be scarce if you are significant enough to be missed. But when you are forced to live in despair and endure the plague of insolvency, without hope of some immediate succour, then disappearing from the scene may be the next best alternative for you, particularly if you were once part of high society. It is uncertain whether Mike Oghiadomhe’s current disappearance from the socio-political scene is attributable to the import of the preceding saw but hardly anyone would dispute the fact that the former Chief of Staff (COS) to President Goodluck Jonathan may have run into hard times.


You couldn’t have forgotten so soon how he was booted out of office. In the aftermath of his sack, he was literally dumped by the numerous women whom he patronised and ‘assisted’ while the going was good. Mike suffered what many would call a very rude awakening to the utter fleetingness of political perks and splendor. Predictably, he cried blue murder and his supporters wailed like starving werewolves but their heartfelt protests were hushed and smothered in the raucous din of the powers that be.

Until his hard luck, Mike was said to be former President Jonathan’s ally, a friendship that dates back to when both were deputy governors in their respective states. Before his appointment, President Jonathan consulted widely on the choice of his friend as COS, however, every stakeholder that he sought their opinion told him to forget whatever he thought he knew about his friend. Mike, they insisted, couldn’t be trusted. Most people’s opinion of Mike was discouraging, except a certain governor from the South-south, Jonathan’s home zone.

Despite the warnings he received, Jonathan employed Mike as his COS but “reportedly fired the Chief of Staff after security agencies revealed his deep involvement in the mega fraud at the Nigeria National Petroleum Corporation (NNPC).” On the mounting speculations that he may have been involved in the sleazy deals in the NNPC, it was reported that the president warned Mike repeatedly against the backdrop of damning security reports linking him with some dirty deals in the NNPC but Mike refused to budge. Thus when Jonathan could no longer condone his COS’s misconduct, he fired him.

But despite the official report and evidence of his sack by his friend and principal, former President Jonathan, Mike chooses to be economical with the truth. On the story of his sack, he said: “I resigned on my own. I tendered voluntarily a letter of resignation as the Chief of Staff to the President, Federal Republic of Nigeria. I read what Sahara Reporters wrote. It is absolutely false. I resigned to enable me do other things as a politician.”

Prior to his sack, there were allegations that he appropriated lands belonging to some of the villagers in his area; a group, Public Accountability League (PAL), published documents linking Mike with real estate in Abuja and London “including a N1.3billion mansion in Aso Villa listed as 3, Udi Hill Street,” reported Sahara Reporters.

However, Mike made a lot of money during Jonathan’s government. He became a billionaire before he was sacked. In his 50s and with looks that good money and good living have helped to further burnish, you may call him an Adonis or a dandy for his drop-dead dress sense and expensive taste in designer apparels especially Saville Row suits. No wonder he has been described as a lady-killer whose aura effortlessly draws the finest species of womenfolk across racial divides.