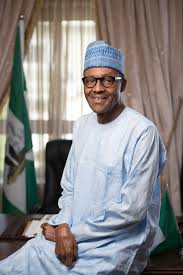 The Presidency has ruled out the possibility of President Muhammadu Buhari resigning his position over his ill health as being suggested by some Nigerians.
In an
interview with journalists in Lagos on Friday, Special Adviser to the President on Media and Publicity, Mr. Femi Adesina, said those calling for the President’s resignation were merely expressing their opinion.

According to him, the views of over 15 million Nigerians that voted for the President were more important than such opinions, while expressing confidence hat God would fully restore Buhari’s health.
The President returned from medical vacation to the United Kingdom on March 10, where he spent 49 days. And since his return from vacation, Buhari has been absent at some Federal Executive Council meetings, including that of last Wednesday, where Vice President Yemi Osinbajo presided.
It was learnt that the President needed some rest and had “asked that all the files on his table be brought to him at his official residence in the Presidential Villa.”
Adesina had attended the launch of the book, “Against the Run of Play,” written by Olusegun Adeniyi, Chairman, ThisDay Editorial Board and former Special Adviser, Media to  late President Umaru Yar’Adua.
The President’s absence from public functions for weeks now,  has heightened public concerns about the President’s state of health with some Nigerians calling for Buhari’s resignation should he be unfit to deal with the rigours of office.
When asked if the President would yield to the calls for his resignation by some Nigerians over his poor health, Adesina said, “Well, it is an opinion, but don’t forget that about 15 million people elected the president so if one or two people expressed their opinion, will their opinions override that of 15 million people who voted for him? So those who are expressing their opinions have rights to their opinions.”
Adesina, however, expressed confidence that through prayers of Nigerians, God would fully restore Buhari’s health.
He said, “Yesterday there was still a press briefing saying there is no need for apprehension. God spared the president. In the first place, he said he had never been as sick as he was before, the same God that spared him will also ensure that he returns to full health. Nigerians prayed, God answered. Nigerians are still praying, God will still answer. That is all we believe.”
Meanwhile, President Buhari was on Friday absent at the Juma’at service held inside the Presidential Villa, Abuja. The Juma’at has been the only public function attended by the President in the last three weeks.
The President has been joining Muslim faithful for prayers inside a mosque near his office since he stopped attending the service at the National Mosque, Abuja.
Three state governors who probably had planned to join Buhari for the prayers were however present.
The governors who attended the prayer session included Ibikunle Amosun (Ogun); Abdulaziz Yari (Zamfara); and Abdullahi Ganduje (Kano).
The governors had on Thursday joined their colleagues for a meeting of the National Economic Council at the Presidential Villa, Abuja.
No official reason has been given for Buhari’s absence at the prayer session as of the time of filing this report.
Buhari returned to the country on Friday, March 10 after his 49-day medical sojourn in London. He did not attend the Juma’at service that day apparently because of jet lag.
But since then, the President has not missed any of the Friday prayers until that of yesterday.
On March 17, Buhari was joined at the service by top government officials including the Kano State Governor, Abdullahi Ganduje; Attorney-General of the Federation, Abubakar Malami (SAN); Minister of Defence, Dan Mansur-Ali; Minister of Interior, Abdurahman Dambazzau; Director-General of the Department of State Services, Lawal Daura; Comptroller-General of Nigeria Customs Service, Hammed Ali; and the Acting Chairman of the Economic and Financial Crimes Commission, Ibrahim Magu, among others.
On March 24, the President was present and was joined by Magu and Daura among others.
On March 31, Buhari attended the prayer session and was joined by Ganduje and the Kogi State Governor, Yahaya Bello, among others.
April 7 was not different as the President was present and was joined by the President of the Senate, Bukola Saraki; Katsina State Governor, Aminu Masari; Magu; Ali and Daura among others.
On April 14, Buhari was also present and was joined at the mosque by the Kaduna State Governor, Nasir El-Rufai; Ogun State Governor, Ibikunle Amosun; Malami, Dan-Ali and Magu among others.
On April 21, the President was present and was joined by the Niger State Governor, Abubakar Bello; Malami and Magu among others.
It will however be recalled that the Presidency had on Thursday said as eager as the President wanted to be up and about, he had been advised by his doctors to take things slowly.
In a statement by the Senior Special Assistant to the President on Media and Publicity, Garba Shehu, the Presidency however assured Nigerians that there was no need for apprehension over the state of health of the President.
Shehu, who noted that the President himself on his return to the country made Nigerians aware of the state of his health while he was in London, added that full recovery could be a slow process, requiring periods of rest and relaxation.
He said, “Despite his lack of visibility, Nigerians should rest assured that President Buhari has not abdicated his role as Commander-in-Chief of Nigeria. He receives daily briefings on the activities of government, and confers regularly with his Vice President, Prof. Yemi Osinbajo.
“His private residence, in which he has been spending the majority of his time recently, also has a fully equipped office.
“God is the giver of life and health. We are grateful that He has seen our President through the worst period of his convalescence in London.
“We are thankful that the President has passed a number of benchmarks already. We pray that God continues to see him through this period of recuperation.”

punch
Posted by MAN ABOUT TOWN at 5:09 PM