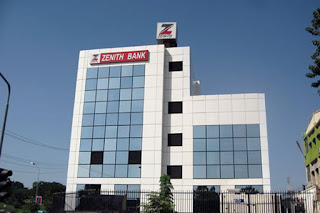 The Final Eight of the National Women Basketball League sponsored by Zenith Bank started on Monday at the National Stadium, Surulere, Lagos.

First Deepwater defeated GT 2000 73-69 in a keenly contested encounter that kept the fans at the edge of their seats.

Eight teams qualified for the Final Eight of the competition which started on April 10 in Abuja, Kaduna hosted the second phase while the third and fourth phases of the league took place in Asaba and Ibadan respectively.

Apart from First Deepwater and GT 2000, other teams that qualified for the Final Eight are  defending champions First Bank Basketball Club of Lagos, IGP Queens of Lagos and Plateau Rocks of Jos.

Others who also qualified for the Final 8 are former champions Dolphins of Lagos, Customs of Lagos and Delta Force of Asaba.

The competition continues today with IGP Queens taking on Plateau Rocks, Customs vs GT 2000 while First Deepwater takes on First Bank in what could best be described as the match of the day.

Dolphins and Delta Force are billed to compete for honours in the last match of the day scheduled to start at 4pm.

The final Phase competition takes place all through the week while the All Star Game is expected to draw curtains on the event on July 28.