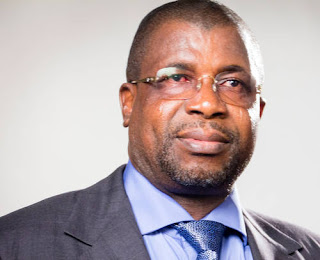 The fall of the Peoples Democratic Party at the centre appears to have devastated the fortunes of several politically-connected businessmen who, as once suggested by former President Olusegun

Obasanjo, mostly relied on the then-ruling party for government contracts.
One of such billionaire businessmen, Emeka Offor, has indicated that he is broke, just over
two years after the PDP left power.

In the build-up to the 2003 general elections, Mr. Offor was reported to have donated N200 million to the Obasanjo/Atiku presidential re-election campaign. During the heat of the Obasanjo-Atiku feud in 2006, the Atiku Media Office in a statement by Garba Shehu, now President Muhammadu Buhari’s spokesperson, said a special account to finance the PDP presidential re-election bid in 2003 was managed by Mr. Offor.

Known for his interests in oil, gas, power and construction, the businessman and politician got juicy federal contracts, many barely executed, while the PDP reigned for 16 years.

But despite the massive wealth many Nigerians believed he amassed in profit from various contracts,

Mr. Offor is now indicating he is broke, suggesting that his main cash cow, Chrome Oil, has suffered downturn since the coming of the All Progressives Congress to power in 2015, according to correspondences seen by PREMIUM TIMES.

Some staff members of the company, in a letter written on their behalf by their lawyer, Femi Falana, say they are being owed N1.14 billion, representing outstanding salaries and wages between September 2016 and August 2017.

They also accused Mr. Offor of failing to remit their tax and pension deductions, an act they
described as unethical and criminal under our laws.

They demanded that “all pension deductions and contributions from July 2015 to August 31 2017 totalling N244,172,464.80 be remitted to their respective pension fund administrators,” the letter said.

But Mr. Offor blamed the “general economic meltdown and recession” for his company’s inability to meet its financial obligations to employees, saying his “businesses suffered frustration commencing from March 2015 and grounded to a halt in September 2015”.

Mr. Offor said the company had “no job to execute and closed office starting from September 2015”.
The PDP-led government left power in May 2015 after losing elections held in April.

While he started out in business with governments years before the PDP came to power, Mr. Offor got some of his most lucrative contracts under the PDP. He also became one of the party’s top financiers.

Under the Sani Abacha military junta in the 1990s, Mr. Offor’s Chrome Group was offered the contract for the Turn Around Maintenance of the Port Harcourt refinery. About that time, he led the Movement for National Stability to campaign for the late dictator’s ultimately futile bid to transmute to a civilian leader.

Reflecting on the condition of Nigeria’s refineries and Mr. Offor’s link, Mr. Obasanjo told PREMIUM TIMES in August 2015 that nothing came of the purported work done by the businessman, despite being paid.

“Where has Emeka Offor maintained refineries before? Where has he? That’s what we met. So, the refineries were not working.

“What can you recover? A man ‎ (Mr. Offor) who was paid upfront. He had people…. after I left he became friends with every government that has come. Now he’s not only into refinery and oil and all that, he’s now also in energy.”

Nevertheless, TAM contracts of both the old and the new Port-Harcourt Refineries were awarded to Mr. Offor by the Goodluck Jonathan government in 2014, under controversial circumstances.

But the refineries have in recent years worked in fits and starts despite those new rounds of ‘rehabilitation’ by Mr. Offor’s firms. The authorities are yet to give any coherent explanation for this situation. If anything, Nigeria’s oil minister confirmed in July that fresh efforts to revamp the refineries through private sector funding had been commissioned.

In a letter dated August 16, Chrome’s staff warned of legal action if “immediate steps” were not taken by Mr. Offor within seven days.

But Mr. Offor is not “perturbed”, said his lawyer, Jeph Njikonye, in a reply, dated August 22, to the staff’s counsel.

In the letter, Mr. Offor described the claims by his aggrieved ex-staffers as “bogus and presumptuous”.

“The totality of your claims, allegations, inclusive of monetary claims and allegations of unfair labour practices and failure to make remittances are with respect, gold digging and grossly unsubstantiated,” Mr. Offor’s reply read.

“They are unequivocally repudiated”.

He, however, offered explanation why Mr. Offor had been unable to meet his obligations to “a handful of former staff”.

“Sequel to the general economic meltdown and recession in the Federal Republic of Nigeria, our client’s businesses suffered frustration commencing from March 2015 and grounded to a halt in September 2015,” read the reply.

“Consequently,” Mr. Offor, his lawyer said, “had no job to execute and closed office starting from September 2015.”

“If our client’s businesses revive as our client hopes they will, our client will determine whom to re-engage as staff and what terms and conditions such a re-engagement will be.”

PREMIUM TIMES confirmed the closure of the company. During our visit to the 22 Lobito Crescent, Abuja headquarters of the Chrome on Monday, a private security agent said “the office has been locked for long.”

“As you can see nobody came to office; the office is under lock.”

“Long long before Sallah,” said the security officer, when asked if it was the case that the company was yet to resume from the last Eid holiday officially observed nationwide between Friday and Monday.

Asked why the company was shut down, he replied, “because there’s no operation; the company stopped operating.”

The staff there have not been paid for two years, while their terminal benefits remain unpaid, the employees said.

The staff of Global Scansystems are now locked in battle with Mr. Offor at the National Industrial Court.
Posted by MAN ABOUT TOWN at 8:01 PM