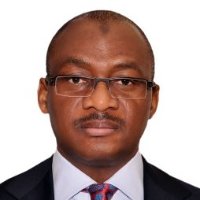 The Economic and Financial Crimes Commission has begun fresh moves to seize nine Dubai properties worth about N1.6bn, traced to a former Managing Director of the Petroleum Products Marketing Company, Mr. Haruna Momoh.

Already, the EFCC has obtained an
interim forfeiture order from a Federal High Court in Lagos to seize Momoh’s properties

The commission, it was learnt, had started talks with the United Arab Emirates with a view to seizing the properties believed to be worth between $450,000 and $700,000 each or about N1.6bn in total.

The properties, which are located in highbrow areas of Marina, Sheikh Zayed Road, Tecom, and Sports City, are homes to some of the richest personalities in the world.

Momoh has also been linked to several illicit transactions allegedly perpetrated by a former Minister of Petroleum Resources, Diezani Alison-Madueke.

Both Momoh and Diezani are the subjects of an ongoing House of Representatives investigation wherein it was alleged that they gave dubious contracts to the tune of $24bn to some oil firms under the controversial crude oil swap arrangement.

A source at the EFCC said the commission would apply for the seizure through the Office of the Attorney General of the Federation.

He said with the Mutual Legal Assistance Treaty, which was signed between Nigeria and the UAE, the process of forfeiture would not be cumbersome.

The source added, “We have informed the UAE authorities that from our investigation, we believe Momoh acquired those properties through corrupt means. The whole process is still ongoing but with the MLAT, signed by President Buhari, it has made work a lot easier for us.

“The AGF is expected to write the UAE for the forfeiture of the properties after which they would be sold off and the proceeds returned to Nigeria.”

The detective explained that before the Federal Government signed the treaty, the UAE law prevented foreign officials from having access to properties in the country without the express permission of its owner.

“However, with the new treaty, the UAE authorities are more cooperative and would readily give information of properties from their Land Registry System,” he said.

The ad hoc committee of the House of Representatives, investigating the crude oil swap contracts in the Nigerian National Petroleum Corporation, had invited Momoh and Diezani to appear before it last year but they did not honour the invitations.

The two had been summoned in connection with the lifting of crude oil worth $24bn in exchange for refined petroleum products.

Two crude trading firms, Duke Oil and Trafigura had lifted the crude between 2011 and 2014 without valid contracts.

The summons were issued after three former Group Managing Directors of the NNPC, Mr. Austin Oniwon, Mr. Andrew Yakubu and Mr. Joseph Dawha, had informed the committee that Diezani “approved” the contracts without signing any valid agreements with the firms.

Momoh, who did not honour the invitation, sent his younger brother, Mr. Suleiman Momoh, to inform the committee that he was ill and would not be able to appear for the hearing.

The EFCC had also accused Momoh and others at large of conspiring to help Diezani launder about N9bn.

The money has since been forfeited permanently to the Federal Government.

The spokesman for the EFCC, Mr. Wilson Uwujaren, confirmed to our correspondent on Monday that Momoh was under investigation and had remained evasive.

“He is currently under investigation and he is at large,” Uwujaren said
Posted by MAN ABOUT TOWN at 1:59 AM