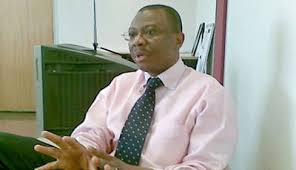 According to a report doing the round, “Sterling Bank, the “one-customer bank”, has one customer giving it sleepless nights over a loan that not only went bad but has now snowballed into a major scandal in the banking industry, TheCable can report.
Grant Properties Limited, a property development company, has accused Sterling Bank of excising 10 hectares — which land it values at N5 billion — from a 50-hectare collateral and illegally selling it for pittance to a
front company of a very senior director of the bank.

A Lagos high court has now ruled that the collateral was illegally sold, but there is also suspicion that the Asset Management Corporation of Nigeria (AMCON) is less than disinterested in the matter.
AMCON is accused of trying to arm-twist Grant Properties into abandoning the court judgment that nullified the sale of the collateral.
The business deal started in 2002 when Grant Properties secured a 50-hectare land in Lekki, Lagos state, to build “Victory Park Estate”.
It approached Unity Bank, Skye Bank, Wema Bank and Sterling Bank for an N8 billion ongoing loan to partly fund the project. Sterling was the lead of the consortium.
Grant Properties transferred the shares in its subsidiary, Knight Rook Limited, to the banks as security for the loan.
LOAN TRANSFERRED TO AMCON
After Grant Properties had secured the loan and started developing the property, it could not meet up with the repayment obligations. This also came at the time banks were experiencing liquidity problems, with many of them taken over by the Central Bank of Nigeria (CBN) which then set up AMCON to buy the bad debts.
The Grant Properties loan, which had gone bad, was transferred to the AMCON in 2011. At the time, the CBN had spent over $6.8 billion of tax payers funds purchasing the non-performing loans from failed banks.
Grant Properties was informed by Skye Bank, one of the banks financing the project, that it had assigned its own share in the project loans to AMCON.
The property company then approached AMCON with a proposal to finance the project and repay the loan. AMCON, however, advised the company to wait for other banks to transfer their share of the loans before entering negotiations with the corporation.
In handing over the debts to AMCON, Sterling Bank and others were required to transfer all Grant Properties’ collateral to the corporation.
ILLEGAL SALE OF LAND
Sterling Bank was expected to transfer, alongside the loan, every part of the land to AMCON, but it was discovered that the bank left out 10 hectares which it had sold to the Real Estate Development (RED) Company — said to be a front for a very senior director of the bank.
Olajide Awosedo, chairman of Grant Properties, said in a recent interview with journalists that a non-executive director of Sterling Bank had called him “face to face, brought out a survey of 10 hectares of my land and said, ‘Sir, sell this portion of land to me, if you want N10bn from my bank. I will make sure you get it. I am the chairman of real estate finance of the bank”.
He refused until AMCON took over the non-performing loan.
“They moved my loan to AMCON, but rather than transfer all my collateral with the loan, the bank (Sterling) withheld the 10 hectares its director had his eyes on and sold it to him through a surrogate company owned by the director and his associates,” Awosedo added.
He alleged that the director initially sold the land to his front company at N18,500/sq. metre, amounting to N1.85b for the 10 hectares — a far cry from the market worth of N5 billion, according to him.
About 2.4 hectares from the land was immediately sold to UAC Properties Development Company (UPDC), another property development company owned by UAC Plc, at a higher rate of N26,000/sq. metre. It was this that became the subject of litigation that ended in favour of Grant Properties.
The remaining 7.6 hectares were developed by Aircom Nigeria Limited, an estate development company, which built the “Cardogan Estate”. A three-bedroom apartment in the estate, TheCable gathered, goes for N48 million.
Curiously, Aircom is owned by Yemi Idowu — the non-executive director of the bank who managed the Grant Properties’ loan before the crisis.
In a seeming disregard for conflict of interest, the bank had appointed Idowu to manage a rival company’s — Grant Properties’ — account.