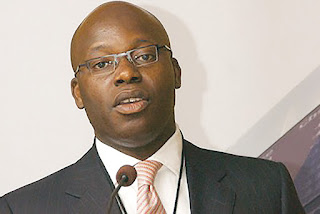 The Securities Exchange Commission (SEC) has begun its forensic audit on Oando, two months after the commission notified the company of a possible audit on October 17.

In a letter sent to
Wale Tinubu, Oando’s group chief executive officer, and seen by TheCable, SEC advised the company to expect auditors any day from Wednesday, December 6.

The fiasco started when some shareholders of the company accused the board of infractions.

SEC had accused the board of insider trading, declaring false profits amongst other infractions.
“The Securities and Exchange Commission (SEC) has commenced the forensic audit of Oando Plc, contrary to media reports that the audit had been stopped following the suspension of the director general of the commission, Mounir Gwarzo,” the letter to Wale Tinubu read.
Another letter signed by Abdul Zubair, acting director general of SEC, said there is no restraining order stopping the forensic audit.
The letter was titled: ‘Re: Forensic Audit into the affairs of Oando Plc’.

“Further to our letter to you dated November 27, 2017 and another letter to your lawyers dated November 28, 2017, wherein the commission had notified Oando Plc of its decision to go ahead with the forensic audit, the commission in the light of recent development wishes to reiterate the following:
“That the commission is aware, that suit no: FHC/L/CS/1601/17: OANDO PLC V. SEC & ANOR was struck out on November 23, 2017 by his Lordship Hon. Justice Aikawa of the Lagos Division of the federal high court.
“That the commission is not aware of the existence of any valid or subsisting order of court restraining the commission from proceeding with the forensic audit.
“While we acknowledge that a notice of appeal has been filed to challenge the judgment of the federal high court, this notice does not serve as an order of court restraining the commission from conducting the exercise.”

Zubair was appointed on November 30 after Kemi Adeosun, minister of finance, ordered the suspension of Mounir Gwarzo.

It had also been reported that the minister suspended Gwarzo for refusing to halt the Oando probe.’’