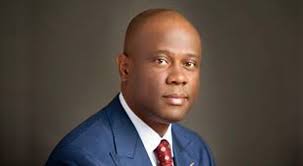 A High Court of the Federal Capital Territory ( FCT ), in Bwari, Abuja, on Thursday issued a bench warrant for the arrest of the Managing Director and Chief Executive Officer of Access Bank Plc, Herbert Wigwe and two others
.

Also named in the arrest warrant were senior official of the bank, Mrs. Neka Adogu and Access Bank Plc.

Justice Othman Musa issued the arrest warrant after lawyer for the prosecution, Osuebeni Akposinimingha complained of difficulty in getting Wigwe and others to attend court to answer charges pending against them.

The Independent Corrupt Practices and other Related Offences Commission (ICPC) had last week filed a four-count charge marked CR/32/2017 against Wigwe and others, following which the court fixed Thursday for their arraignment.

Wigwe, Mrs. Adogu and the bank are accused among others, of refusing to unfreeze some accounts belonging to two customers – Blaid Construction Limited and Blaid Properties Limited, even after a court order and a directive to that effect from the ICPC.

The post Court orders arrest of Access Bank MD for ‘flouting’ order on accounts appeared first on The Nation Nigeria.