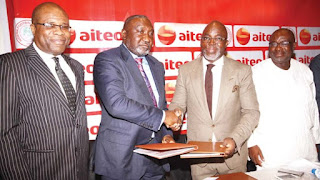 The life of Francis Peters blooms like prairie dotting the esplanades of wealth; as you read, the world unfurls for the Group Managing Director (GMD) of Aiteo in full blossom. As
chrysanthemums graduate from soft yellow to antique bronze, it glitters captivatingly, emphasizing as it does, that even though Francis may be the hardest worker ever, his lust for work is matched by an innate thirst for fun.


There is no gainsaying the younger brother of Benny Peters, Chairman of Aiteo, works hard and parties harder. Ever since he took over the reins of Aiteo from his brother, who currently lives in Ghana, Francis’ life has undergone remarkable change. He has ascended the greasy pole of money making thus becoming one of Nigeria’s most dandy and successful billionaires.

Francis has developed great taste for the good life too, buying up expensive properties in Orlando, Dubai and highbrow Ikoyi, Lagos. It would be recalled that he moved into his house in Parkview in March 2016 and it is an open secret among friends and business associates that the Aiteo GMD’s home offers priceless lessons in panache.

Francis loves the good life; little wonder he is frequently found at Sip Club in Victoria Island, Lagos where he is persistently life of the party. He loves good cognac but ladies love him more for his endearing sophistication and towering generosity.

This perhaps is the perfect reason Liz Garvey got smitten with him. It is an open secret that Liz Garvey, who owns a fashion store in high-end Ikoyi, fell hard for Francis and their sustained encounter led to a lovechild between them. Liz gave birth to Sed, Francis’ son the same period that his legitimate wife, Maryam, gave birth to another son.

Although his tryst with Liz almost broke his ended his marriage and ruined his home, Francis, a great family man, was able to apply the wisdom of the ancients in salvaging his treasured marriage and relationship with his wife. Soon after his wife and mistress, Liz, put to bed in United States, one month apart, he accepted responsibility for his lovechild from Liz and broke all engagements with her save the upkeep and care for their son, Sed.

Francis is indeed a great family man, besides taking great care of his family, he never shies from his responsibilities to his baby mama and their lovechild. Now that he has plenty money to throw around, Sed, their lovechild, who seems like an identical twin of his child by his legal wife, is having a great life. CULLED


thecapital
Posted by MAN ABOUT TOWN at 2:32 AM