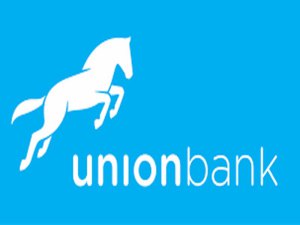 One of the nation’s first generation Banks, Union Bank is in all sorts of bother as it scrambles to defend itself against a hefty N6.7 billion suit brought against it by a multinational oil company
Petrocam Trading Nigeria Plc.

Bringing the case before the high court in Lagos, Petrocam’s lawyer Barrister Gboyega Oyewole (SAN) contended in the filed statement of claim that Union Bank flouted the joint venture agreement entered with the plaintiff to jointly collaborate in opening letters of credit confirmation lines for the importation of petroleum products.
The plaintiff averred that it had sometimes in 2014 secured an import finance facility from Union Bank for importation of petroleum products and raised letters of credit to utilize this import facility. The initial facility of $45 million was increased to $100 million. The company duly provided bank guarantees for the facility. There was also an understanding that the facility would be repaid from sales proceeds and oil subsidy reimbursements.
Under the agreement, Union Bank would secure foreign exchange for the company to enable it finance its international oil purchases. The company however claimed that the bank defaulted by failing to secure forex from the CBN during the 2014/.2015 period when 90 percent of the company’s import transactions were being conducted thereby causing the company to suffer huge losses.
It further claimed that out of the $76 million it required to finance the transactions covered by the agreement, Union Bank was only able to produce about $22 million, meaning that Petrocam could not complete a large percentage of the deals, leading to huge profit loss.
The company contended further that Union Bank failed to bid for foreign exchange when the exchange rate was between N155-160 to the dollar but only bided when the rate had increased to N288-320 per dollar, thereby deliberately inflating the costs of maintaining the dollar credit facility.
In light of these claims, Petrocam is seeking a declaration that Union Bank’s breach of duty under extant laws resulted in unlawful debits and exorbitant interest charges on the company’s current accounts with the bank, and an order compelling the bank to reverse all wrongful debits on the company’s current account.
It is asking the court to compel Union Bank to credit the company’s current account to the tune of N6.7 billion plus interest on the sum at the rate of 22% per annum from commencement of suit to date of judgement, and thereafter &% per annum from date of judgement to final liquidation of the sum. It is also seeking N50 million in general damages.
Rather than mount a defence, Union Bank has however launched its own suit against the company and its MD Patrick Ilo, claiming N10 billion and $55.3 million plus 27% interest per annum vand N20 million as general damages. This new suit which is before the federal high court in Lagos has however been contested by Petrocam which has filed a preliminary objection. It is asking for the case to be thrown out because of its own case which is pending before a Lagos High Court.


Thelagostimes.com
Posted by MAN ABOUT TOWN at 8:51 AM