Order Still In Force!..Insiders Reveal Why Skye Bank Is Still In Possession Of 5 Star Hotel, Intercontinental 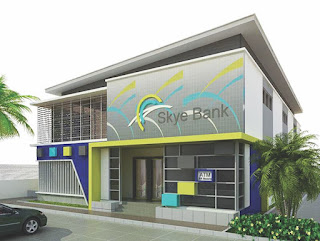 Information available to societynow.ng has it that financial institution Skye Bank remains in charge of 361 - room five-star hotel, Intercontinental.

The lender took over the mega investment through a May 14 2017 court order which granted the bank’s prayers in an
ex parte filed against Milan Industries Limited.

The bank had appointed a receiver-manager, Kunle Ogunba to oversee the operations of the hotel as part of its loan recovery step.

The bank had dragged the investors to court in an attempt to recoup crippling loans hanging on their necks.

Skye Bank posited – in court - that it granted loan facilities of $29.8m and N3.8bn to Milan Industries Limited which had ballooned to over $100Millon(US Dollars) to construct the hotel and also raised an overdraft facility of N500m in favour of Milan Industries Limited “to urgently fund payments to contractors and importation of material required for completing the hotel project.”

The bank’s lawyer, Mr. Divine Obinna, had informed the court that Milan Industries Limited defaulted in the repayment of the loan to his client, which, he said, necessitated the receivership.“ At the expiration of the tenure of the various facilities extended by the plaintiff, the defendant failed and/or neglected to liquidate the various facilities which continues to accrue interest.

“The facilities availed the defendant have since matured and/or expired and the defendant has failed to liquidate same and failed to comply with various repayment plans of the principal and interest despite several magnanimities extended to it by the plaintiff,”.

The court - under his lordship Justice Babs Kuewumi  - while granting the prayers of Skye bank in the ex-parte order filed against Milan group, granted protective orders to enable the receiver carry out the receivership as sanctioned by Corporate Affairs Commission. The order was to enable smooth takeover of 361-room Intercontinental Hotel, over the huge debt exposure
At the resumed hearing on Thursday March 22, where the substantive case was to be heard, the Judge ruled on the counter affidavit to the originating summons by the Defendant/Applicant on three grounds supported with 12-paragraph affidavit: an application on the ground that there is no course of action and an application that the court should discharge the interim order made in favour of the Receiver and/or that the court should dismiss or strike out the suit.

After listening to counsels on both sides, Justice Kuewumi citing procedural mix-up and conflict of interest struck out the suit seeking protection for the Receiver.

The Bank has since appealed the ruling of the court on the ground that there was no evidence before the court to suggest that there would be a conflict of interest. “The judge delved into the realm of speculations which is not acceptable in law”, a legal counsel offered.

One of the Counsels prosecuting the case offered that “The appointment of the Receiver was via a deed of appointment registered at Corporate Affairs Commission and not by a court order. Therefore the striking out of an originating summons which only serves the purpose of procuring protective orders is not tantamount to saying that the Receivership has ceased”.

Because Mr. Ogunba remains the Receiver by law, having been duly registered at CAC, all the powers of the directors remain automatically suspended”, he noted