Trouble Comes For Ecobank Boss, Charles Kie , Others In Alleged Diversion Of N2billion 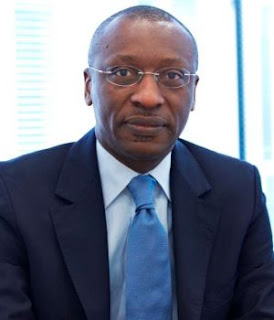 A House of Representatives ad-hoc committee on Central Bank of Nigeria (CBN) Intervention Fund yesterday summoned the former Managing Director of Arik Air, Mr Johnson Ikedi Arumeme and his Ecobank counterpart, Mr Charles Kie to clarify issues on the alleged diversion of over N2 trillion intervention funds for
the airline.

They are to appear before the panel on Wednesday, May 9, 2018, according to a statement by the Committee Chairman, Ewa Bassey.
Bassey, who expressed the position of the committee, also slammed the Asset Management Company of Nigeria (AMCON) for releasing such huge sum of money to Arik Air without proper monitoring.
“This is wrong, very wrong. We are not helping ourselves at all. And you have not been able to make contact with Arik to know what was actually going on,” he said.
The committee is investigating the CBN intervention funds to Arik Air, which in members’ views, “Must have been diverted,” especially as neither CBN nor AMCON followed up with the utilization of the released fund.
The investigative hearing cuts across the management of Arik Air, CBN, AMCON, and a consortium of commercial banks made up of Ecobank and Union Bank.
AMCON representative, Mr Suleiman Abdulmajid, told the committee that AMCON released the fund to Arik Air to enable the airline reconfigure two of its grounded aircraft and purchase new engines.


The hearing continues next Wednesday.
Posted by MAN ABOUT TOWN at 2:21 AM