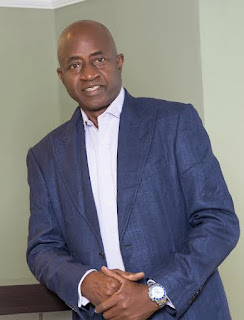 He made the disclosure in a recent revelation and insists ‘’he is very sure’’.

Here are his revelations in full

The journey has ended. For Nigeria and for  Nigerians the World Cup adventure is over.
Even without playing well the Super Eagles could have run away with a victory, or a draw at least. The inexperience of some players at key moments, the coach who ran out of ideas about how to manage the last 10 minutes of a match that was not really difficult, and the reality that the best effort by the Eagles was just not good enough on the night, made the end rather painful and sobering.

Otherwise, members of the delegation that went to the stadium in special buses returned individually; the milling crowd at the hotel lounges are already thinning out and  leaving in droves to the airport in search of the earliest flights out of Russia; even the Super Eagles will disappear from their hotel rooms individually, many before daybreak.

That's the shocking tradition of all the participating teams except the last 4 still standing at the end. By tomorrow night all the players in the Super Eagles team will head out to different holiday destinations away from the pressures of the World Cup. Russia will empty of Nigerians, and no one left here would even notice because new spectators of other qualified teams will arrive to take their places. In short, from tonight everyone is on their own already.

God help you if you can't fend for yourself in the next crucial 24 hours. I am sitting down in the lounge of Park Inn hotel observing the human exodus to the airport in St. Petersburg even this late at night. The NFF and it's board members have a lot on their plate from tonight. The politics and fight over a new leadership of the NFF is already in full throttle,  with the Amaju Pinnick tenure coming to an end in two months time, or so. Attention has already shifted from the field to the boardroom as groups engage in a jostle for positions in the anticipated new NFF. A few potential contenders for offices are in Russia along with the entire electorate of club chairmen and State FA chairmen.

Conversation on the team's performance have almost ended with most persons here blaming the coach for not knowing what to do to hold out for a draw towards the end. Meanwhile my little unofficial  assignment with the Eagles is over for now. I am going to stay around for a little while longer, still watch and report any interesting events around here, and properly think through my next project

.Now more than ever before I know for sure why I want to contest for the office of governor of my State. The thought of a Footballer in government house excites many who have heard the rumour here.

It will surely attract all manner of reactions back in my State. The one thing I believe is that politics in the most sophisticated environment in Nigeria, for all things progressive, may never be the same again. I am looking forward to the challenge in faith and with hope. Meanwhile, I salute the Super Eagles of Nigeria for their effort in Russia.

The thought of hundreds of their country men and women and children that havè lost  their lives in domestic crisis in the country has dampened the spirit  of the players even beyond the pain of defeat by Lionel Messi and company tonight.  I retire here. Goodnight Nigerians and sorry for the painful loss tonight.
Posted by MAN ABOUT TOWN at 3:43 AM