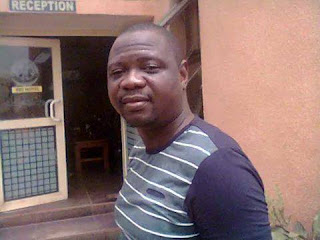 For the past six days, Ibrahim Egungbohun, a.k.a Dende, has been in the custody of the Nigeria Customs Service (NCS) headquarters in Abuja, Federal Capital Territory (FCT), over his
illegal deal of smuggling.

Dende, who is also the Chairman of IBD Hotels in Abeokuta and Ilaro, both in Ogun State, was, according to impeccable sources in Customs, was invited to the Federal Operations Unit (FOU) of the Service in Ikeja, Lagos, last week Wednesday.
The source added that Dende was, after interrogation at the FOU, moved to the headquarters of the Service.

As at the time of filing this story, he was still being held by the Service in Abuja.
Crimepuzzle’s investigation revealed that Dende’s arrest could not be unconnected with his smuggling activities in the southwest, which the presidency was not comfortable with, particularly as it runs foul of its policy on prohibited items.
Confirming the development to Crimepuzzle, the Customs Public Relations Officer (PRO), Deputy Controller of Customs (DC), Joseph Attah, in a telephone conversation on Monday, said “He is our suspect and currently in our custody over his smuggling activities”.


Nationalhelm.com
Posted by MAN ABOUT TOWN at 5:32 AM