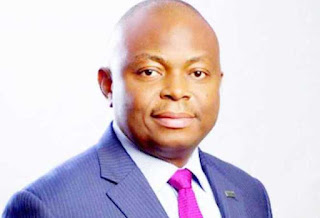 Fidelity Bank Plc, top Nigerian lender has restated its readiness to take full advantage of the new credit policy guideline recently released by the Central Bank of Nigeria (CBN) to support the growth of the agriculture and manufacturing sectors of the economy. The Bank’s Chief Executive Officer, Nnamdi Okonkwo, made
this known in Lagos Saturday while speaking as a Special Guest on ARISE TV’s ‘The Morning Show’. Okonkwo applauded the regulator for its foresight in creating the credit guidelines, noting that the policy will go a long way in moderating interest rates downwards.

“The issue had long been about interest rates. Now, CBN has come up with this very ingenious way to address this challenge,” he said. The Fidelity Bank boss explained that the credit policy allows Banks to get back some of their liquidity on the condition that they extend affordable and long-term credit to the real sector. With a minimum tenor of seven years and a two-year moratorium, Okonkwo stated that the facilities would be administered at an interest rate of 9 percent. He however, debunked assertions by previous guests on the programme that Nigerian financial institution’s lacked requisite capacity to implement the credit policy.
Okonkwo, who emphasised the importance of the real sector in diversifying Nigeria’s monolithic economy, spoke on the subject of Bank’s inability to process credit for these sectors from three perspectives including liquidity and capital adequacy, human capital as well as financial intermediation. He said, “In the Nigerian Banking industry today, the Capital Adequacy Ratio (CAR) averages show that Banks have the capacity to lend to these sectors. There might be one or two players that might have challenges but the regulator at every point keeps an eye on them and makes policies that protect them.”
Besides, Okonkwo pointed out that the 2005 banking consolidation exercise and banking sector reforms of 2008 not only created more diversified and reliable banks but also improved their liquidity position and capacity to assume risks. Whist pointing out that there were bigger macro-economic factors hindering Bank’s from lending to the real sector, he stated that Nigerian banks have sufficient human capital to carry out their financial intermediation function. “Most of us running Banks today started banking in the 80s and 90s when merchant banking was the in-thing. Merchant Banks at the time lent to the real sector,” he explained.
“The traditional banks in those days especially the big four were heavy on agriculture. They had the competence, track record and history of lending to those segments. Most banks have grown with the recapitalisation exercise. The industry is in a better position to lend now.” Okonkwo provided valuable insights into the Bank’s unique approach to banking Micro Small Medium Enterprises (MSMEs), adding that the Bank, seven years ago set up a dedicated division to manage SMEs. “We handhold MSMEs, give them access to market and help prepare them for qualification to borrow,” he said. “Over the years, we have seen massive growth in our SME numbers and our SM loan default rate has been very low because of this approach.”
Posted by MAN ABOUT TOWN at 10:55 AM