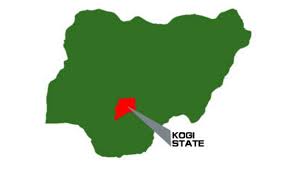 The Peoples Democratic Party (PDP) in Kogi East senatorial district is heading for self-destruction with the planned imposition of candidates by the leadership of the party.

Members of the party in the area have raised alarm over the planned imposition of
Senator Attai Aidoko as the next Senatorial candidate of the PDP.

Worried by the party’s insensitivity to the wishes of the people, a political pressure group in the party, Kogi PDP Youth Masses, has warned that any attempt to impose Aidoko as the party’s candidate in the coming election would cause an implosion from which it would be difficult to recover.

Addressing journalists in Lokoja yesterday, Chairman of the group, Ahmed Suleiman, claimed PDP Screening Committee was planning to give Aidoko an automatic ticket but warned that this would signal the end of the party in the state.

The group threatened that the Igala/Bassa nation would revolt should the leadership continue with its plan to impose Aidoko, adding that the people were ready to resist attempts at destablising the party in Kogi State.

Aidoko, the PDP senator seeking reelection is struggling to win support of his estranged constituents and has therefore, been lobbying for automatic ticket, with unconfirmed reports saying he had offered money to the committee members to secure their backing.

The moves to circumvent the wishes of the people has, however, angered the youth wing of the party, causing them to threaten showdown should the party leaders press ahead to impose a preferred candidate.

The group warned that by its action, the party leadership was sacrificing merit on the altar of mediocrity and that in doing this, they have shown that their personal gains were more important that the party’s overall interest.

The group, therefore, cautioned the party to save itself from being wiped out in the state, adding that the move of the state and national working committees to “sell” the ticket of Kogi East is ill-advised, warning that the action would amount to weakening the PDP to the advantage of its rivals.

The group called on the Senate President, Dr. Bukola Saraki, to use his good office to ensure a level playing field for all aspirants as that would ensure that the party fields its best candidates at the upcoming election.