After Making A Fortune From Lagos State, Niyi Makanjuola Shuts Eyes On Outcry, Moves To Take Away Waste Bizness From VisionScape 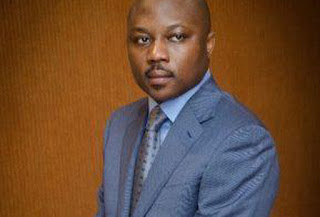 Angry, antagonistic politicians in Lagos State may be hitting their heads against the wall, circling and waiting to swoop on Niyi Makanjuola, a 30-something year old dark-hued dude behind the much-talked about Visionscape, over his company’s multi-million dollar deal with Lagos State, but the billionaire young man is not losing any
sleep at all.

Though, not again is the grandstanding of having some steady billions from the Lagos State coffers. Within the last one year, the Financial Economics graduate of the University of Essex, England, has made a kill from the deal. Though self-effacing and intensely private, sources say Niyi has been on a spending binge with the accruals from the Lagos/Visionscape deal.
In fact, more than ever before, he seems to be on a roll and has remained his bubbly self. Indeed, nothing has changed in his lavish lifestyle of vintage bubbly and expensive cognacs or sailing on blue territorial waters in luxury yachts with supple, ready-to-do-your bidding human accompaniments.
Since he came into billions, Niyi’s hiphop royalty lifestyle and its accoutrements has to be sustained even if the heavens are falling. Perhaps it is all he needs to relax and restock psychologically.
On the business side, Adeniyi has since gone on to conquer other sectors with a leaning towards large public – private infrastructure projects. He is said to have a sizable personal portfolio of diversified interests in a number of publicly listed and private companies in Europe, the Middle East and Africa.
He made a lot of money in Angola too in particular. Married to delectable Dara, the proprietor of Prestige hospitality Solution on Fola Osibo street, Lekki Phase 1, Niyi lives in a penthouse in cooper road Ikoyi, Lagos. From his manor, he controls high grossing business concerns spread across Lagos and the African continent.
thecapital.ng