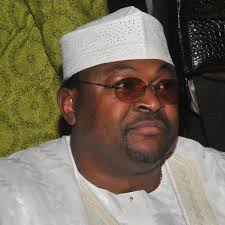 Although he likes to play it cool and dissociate himself from the political scene and its many drama,yet, those in the know are quipping that one of the men who will stand as a financial backbone to the presidential candidate of the People’s Democratic Party, PDP, Alhaji Atiku Abubakar is the chairman of telecoms giant, Globacom, Dr. Mike Adenuga Jnr.

Sources in the know claim that
asides former dictator, General Ibrahim Babangida, RTD, one of the biggest benefactors of the Ijebu-Igbo born billionaire is Alhaji Atiku Abubakar. It was disclosed that, but for the deft moves of the Turaki Adamawa, Adenuga may not have got the GSM licensed that berthed Globacom in 2001. Sources disclosed that, at some point, it had become almost certain Communication Investments Limited, CIL, the vehicle through which Adenuga made a bid for the GSM license at the federal government auction was going to lose out on the bid, especially at some point when the license already issued to the company was withdrawn.

It was alleged that Globacom’s licensed was only issued  when President Obasanjo was out of the country and his VP, Atiku Abubakar was in acting capacity.
In the keen 2001 GSM bids, CIL was pitted against Econet Wireless Nigeria Ltd; United Networks Mobile Ltd; MTN Nigeria Communications Ltd and MSI-Celtel Nigeria Ltd, who all deposited $20 million each to prequalify for the auction.
Since then, the relationship between the frontline politician and the astute businessman who regularly shun public events have continued to soar, with many even referring to them as business partners.
There are those who even believe that the face-off between former President Obasanjo and his then Vice President, Atiku was part of the reason the Globacom chairman was arrested in July, 2006. This was in spite of his numerous efforts to warm his way into the heart of President Obasanjo, part of which was his donation of 250 million naira to the Olusegun Obasanjo Presidential Library project in 2005.


Unlike in the past, the coast seems clearer now and we wait to see if the billionaire businessman who is publicly perceived to be apolitical will openly show his support to his purported benefactor or will operate from the background as usual
thelagostimes.com
Posted by MAN ABOUT TOWN at 6:23 AM