How Senator Attai Aidoko Got 712 Votes In A Primary Election That Did Not Hold! 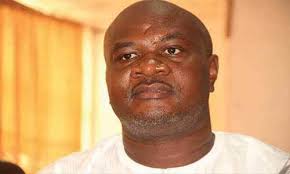 Eyebrows are being raised in Kogi East Senatorial district following revelations that embattled Senator Atai Aidoko polled 712 votes to beat all other candidates at the Peoples’ Democratic Party (PDP) primaries that never held.

In what looks like
akin to ‘results without examination,’ Aidoko is said to have polled 712 votes to beat his other aspirants in a contest that is at best a figment of the imagination of some compromised divisional party executives led by Sani Umoru (Divisional Chairman for Dekina), zonal exco (led by Alhaji Manman Pele) and a few other compromised Party members.

“Call it impunity, bizarre, criminal, fraud or magic and you will be very correct but the revelation of a result for the PDP primaries Kogi-East Senatorial Primary election, which was scheduled to hold on 2nd October, 2018 but did not hold on account of resistance from stakeholders of the party, shows the desperation of Senator Aidoko to cling up to power,” one source who is conversant with the story told us.

It would be recalled that the designated Returning Officer who is also the State Vice Chairman of the Party, Chief Abenemi and the State Party Secretary, Alhaji Faruk Sule had at a press conference stated clearly that the Senatorial Primary election for Kogi-East did not hold.

According to a party man conversant with politics in Kogi East, “Atai Aidoko has never won any election. It’s either he manipulates the process with thugs and a few dubious party chieftains or uses the Courts to steal other people’s victories but this one is too open and I am sure his end has come”.

“Unfortunately for Aidoko, those he used amongst the police, INEC and the PDP are only just realizing their folly and have been singing in muted tones. It is only a matter of time before their involvements and confessions become public knowledge and qualify for criminal prosecution,” the man said, adding that there is are moves by some aggrieved party people and elders of the party to challenge the cooked results in court and ensure that all those guilty of arranging the fake results are brought to book.

As at the time of filling this report, calls and text messages to the nine INEC Chairmen of the various LGAs, except one, has yet to be answered, as many of them do not want to be witnesses in the imminent court case that is likely to ensue should the PDP press ahead with retaining Aidoko as the party’s candidate when there is a weight of evidence that it would be illegal to do so.

The discontent and dissent from Aidoko’s misadventure has led to a decimation in the ranks of the party as majority of loyalists are said to have either defected or are in negotiations with other parties, raising the possibility of the PDP being roundly beaten in the coming elections.

A close confident of Senator Atai Aidoko, who spoke on condition of anonymity, however, said the Senator is not losing sleep over the issues or his electoral victory as he has perfected plans to beat anyone who emerges especially the candidate of the All Peoples Congress (APC) at the 2019 polls.
“Clearly, Aidoko is a handful for the people of Easter Kogi but we shall wait this episode out and see how his magic plays out on this occasion,” he said.

Kogi Chief of Staff’s Suit Against Me Diversionary, Okhai Insists
The N100 million suit filed by the Chief of Staff to the Kogi State Governor, Edward Onoja, against one of the fiercest critics of administration has been described as a diversionary tactics to hide the government’s failure.

Reacting to the suit against him Comrade Austin Usman Okai, said: "it is already in the public domain that the present administration of Yahaya Bello arrested and detained me for one month last year over flimsy issues that borders on publication”

He said the script being played out by the Kogi COS was calculated to hide the failure of the administration to pay workers and pensioners as well as its failure provide socio-economic infrastructure.

Okai said he remained undaunted and resolute to continue the clamour for good governance, accountability and transparent leadership in the state

Comrade Okai alleged that in the last one year, four different cases were preferred against him on trumped charges of attempting to raze down the Revenue House and public incitement against the government

Comrade Okai said after all efforts to use the police authorities to intimidate and silence him by eliminating him, the state government through proxy decided to use the instrumentality of the office to perpetrate its dubious acts especially to perceived opponents.

He said there was nothing personal between him and the governors COS, but his opinions about the present administration could not be condoned but been resisted by instituting various court actions

It would be recalled that the Chief of Staff to Governor filed a lawsuit at the Kogi State High Court demanding N100 million.

In the suit against Okai, who is National Coordinator of Peoples Democratic Party Youth Frontier, Onoja is asking the court to mandate the respondent to pay him the sum of N300 million.

Investigation reveals that there is an existing lawsuit between comrade Austin Okai and Kogi state government pending at the court since April 2017 over the same subject.

In his response, comrade Austin Okai dismissed the latest development as attempt by a drowning man to seek survival.
Posted by MAN ABOUT TOWN at 10:33 AM