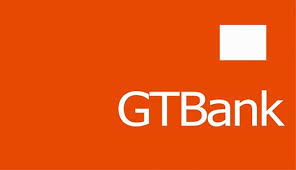 If Guaranty Trust Bank has built its solid reputation on financial wizardry and corporate social responsibility, the growing obnoxiousness of the security men stationed at its different branches in Lagos particularly may be the bad deed that would bring all its good deeds into disrepute. Indeed, the bank is earning another kind of reputation its promoters may be oblivious to – its security staff, some of who
investigations revealed are deployed from private security firms, are becoming a menace to their customers and, by extension, the society.

In the last couple of weeks, not a few customers have openly complained to Highlife about the beggarly and abusive disposition of the security staff. A particular customer disclosed the modus operandi of the security guards thus; “When you drive into their premises, they are courteous and would gladly help you navigate your way around the bank.
Meanwhile, their eyes are on you, watching whether you came to withdraw or not. When you come outside with money, their eyes light up, they raise their hands in the manner of ‘Area Boys’ and would be all over you, curtseying and genuflecting and singing your praises, not minding whether they are much older. Woe betides you if you failed to ‘drop’. Instantly, they turn the praises to outright abuses, wondering aloud how miserly one is with their money, and you would be left wondering whether you are under any compulsion to part with your money.” The customer said no branch is absolved from this practice in Lagos.
Another customer disclosed that the GTB security personnel have perfected the art of mendicancy to an embarrassing level. With a narrative similar to the above, he added, “It is even worse when you are a regular face at a particular branch and you are noted for not giving them money. They will hardly ever find you a space to park your car and when you do find one yourself, efforts would be made to prevent you from doing so. If you were adamant, the kind of words they would rain on you would make you regret banking at that branch. This is a menace that if the bank does not quickly nip in the bud may turn many customers away.”
Efforts to get the corporate communications department of the bank to react to the story were abortive as it seemed all the members of staff are still on holiday. However, sources in the bank said some of the agencies that supply the security staff are very well paid. “We see how they swarm round customers and how they openly share their tips but there is nothing we can do because our jurisdictions are different. Maybe our MD (Segun Agbaje) needs to have a discussion with the heads of the agencies to remunerate their staff better so as not to continuing constituting a nuisance to the customers and soiling the reputation of the bank.”