Inside Details Of How Billionaire Faruk Saleh's Jet “Collapsed” 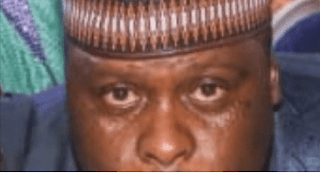 Shock and surprise greeted the ‘news’ mid-February that a private jet billed to fly to Ilorin, Kwara State, from the Murtala Muhammed International Airport, Ikeja, Lagos, had crash-landed because of the weight of cash on board. It was in the run-up to the
last general election and unsubstantiated and sensational stories rend the air. Nigerians took the news with a pinch of salt.

However, while the veracity of the cash story was never really ascertained, the ownership of the private jet was pinned on Alhaji Faruk Saleh, the billionaire son-in-law of Alhaji Umar Mutallab, a distinguished Nigerian whose youngest son, Umaru, became globally known as the ‘Underwear Bomber’ for attempting to bomb a US-bound flight on Christmas Day 2009.
In the heat of the furore that greeted the breakdown of the plane and the consequent national attention, Faruk went underground as the plane was surreptitiously removed from public glare. Well, two months after, the Cessna Citation jet is back in the air and Faruk has reportedly resumed crisscrossing the world in it.
Faruk is the Group CEO of Metro Capital Advisory Group (MCAG), a conglomerate with interests in infrastructure, real estate development, healthcare, energy, project finance and advisory. He also serves on the board of several companies operating in various industries and countries. In 2013, he founded Abuja Midtown, which is set to become a world-class destination with state-of-the-art infrastructure and such distinct features as a medical city, a golf resort, shopping mall, and the first district tramway in West Africa.
Before his private jet episode, Faruk was in the news when the Economic and Financial Crimes Commission, EFCC, accused Shamsudeen Bala Mohammed, the son of the immediate past Minister of the Federal Capital Territory, Bala Mohammed, of alleged fraud to the tune of N1,105,719,005. Shamsudeen was alleged to have made a cash payment of the sum of N200million to Faruk sometime in 2015, as payment for the purchase of House 2A, No 7 Gana Street, Maitama, Abuja, which exceeded the statutory limit under the Money Laundering Act. All of that seems to be in the past now as the fun-loving Faruk has got his favourite ‘toy’ back.
thecapital.ng
Posted by MAN ABOUT TOWN at 5:43 AM