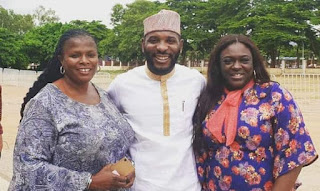 The numbers of those backing the gubernatorial ambition of Prince Mustapha Mona Audu to become the next Governor of Kogi state have increased.
Bola Okolie the Chief Executive Officer at Bonix Drinks has
joined the rank.

The highly popular drinks service provider is from Kogi state as is well known as the favorite niece of Federal House of Representatives Member James Abiodun Faleke.
Faleke was the deputy governorship candidate to Prince Abubakar Audu, the former governor who won the November 2015 Kogi gubernatorial election for the All Progressives Congress but died before he was officially declared the winner.
The vacuum created by Audu’s death provided the opportunity for the incumbent governor, Yahaya Bello, to occupy his present position. 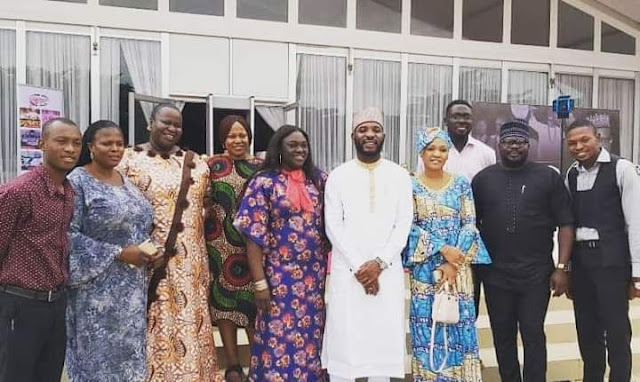 The late Audu was Prince Mustapha Mona Audu’s father.
Bello’s performance in office – including allegations of owing state workers backlog of salaries – is threatening his re-election within and outside his party. 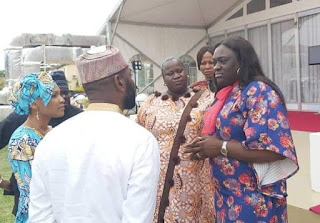 Some of the major players within the top echelon of the APC consider Mona Audu as the perfect alternative and are pushing for him to become the party’s gubernatorial candidate for the November 2019 election in Kogi state.
Obviously, House of Representatives member Faleke’s favorite niece who has transformed Bonix Drinks into a major brand – hand in glove with her husband, Bernard Okolie – shares the conviction that Mona Audu would make a better governor than re-election seeking Yahaya Bello,
As part of ongoing discussions on how to achieve the Mona Audu for Kogi governor dream, the Bonix Drinks CEO and friend Mrs Khalifat of OS Celebration met with the gubernatorial aspirant, his wife – Princess Zahrah – and some members of the campaign team which includes justumagazine.com publisher Wale Ademokoya in Abuja yesterday – Wednesday, June 26, 2019.