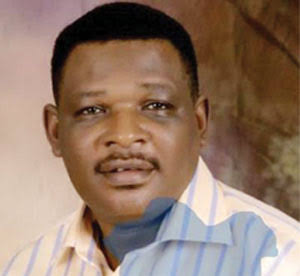 Former Minister of Petroleum, the embattled Diezani Allison-Madueke, may be a pariah in Nigeria; but her henchmen, especially those who
stayed behind in the heat of her crisis, seem to be crawling back to prominence, interestingly, under the anti-corruption-vaunting President Muhammadu Buhari. On the ministerial list released by the President on Tuesday, July 22nd, one of the prominent names there is that of Goddy Jedy Agba, the former Group General Manager (GGM), Crude Oil Marketing Division (OMD), the Nigerian National Petroleum Corporation, NNPC.

In the heydays of Diezani, Agba was the Lord of the Manor, the man in charge of the real cash cow, the Crude Oil Marketing Division and he superintended the multi-billion dollar oil-for-fuel swap deals. Before Diezani, Agba had been on the periphery of the oil industry since 1993 when he was appointed the personal assistant to the then Minister of State for Petroleum and Mineral Resources. Later, he was appointed the Head, Market Research, Crude Oil Marketing Department, NNPC; and in 1995 as the Head, Gas/Gas Liquids/Condensate Sales, GGLU Crude Oil Marketing Department, NNPC.
Five years later, Diezani was appointed Minister in then acting President Goodluck Jonathan’s first cabinet shake up in April 2010. It was in July 2012 that Agba was promoted Group General Manager (GGM), Crude Oil Marketing Division (OMD), NNPC, a position he held until his retirement in 2014 to join the governorship race of Cross River State, though he had three more years in service.

Given the heist of the oil industry under Diezani, Agba was said to have cleaned out big time becoming one of the biggest beneficiaries of that period. The first son of HRH Uti J.D. Agba, the paramount ruler of Obudu Area Council reputed to be the longest serving traditional ruler in Cross River State, Agba was in the People’s Democratic Party where he was the major financier for several years. He decamped to the APC in December 2015, a reason adduced to fears that he might be invited to explain his role in the plundering of Nigeria’s crude while he was in bed with Diezani.
Now he has found favour in President Buhari and if his understanding of the oil industry, and financial support for the APC during the last elections are to be considered, Agba may be on his way to the Ministry of Petroleum Resources as substantive minister.

thecapital.ng
Posted by MAN ABOUT TOWN at 2:01 PM