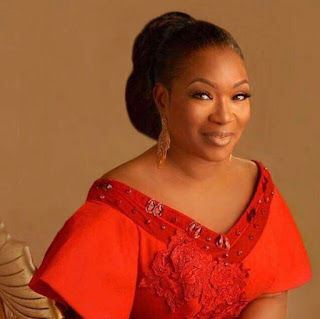 Eventually, the marriage between Muyiwa Bakare, the son of billionaire auto magnate, Chief S. O Bakare, founder of Oluwalogbon Motors, and his wife, Joke, which had been tottering on the precipice for some years, has gurgled and burped to a halt.

Joke,
an accomplished Pharmacist and founder of Medplus Pharmacy, has moved out of the family’s stately home due to what is alleged to be irreconcilable differences.

Sources close to the couple said things had gone south between them for some time but they had strived to maintain a facade of happiness. In fact, last year, Muyiwa went all out to celebrate her 50th birthday late 2017, which was grand and very well attended.

Guests included former Senate President Bukola Saraki and his wife, Toyin; the immediate past Minister of Power, Works and Housing, Babatunde Fashola and wife; billionaires Aliko Dangote and Femi Otedola among others.

The private old school disco party held at the Eko Pearl Towers, Victoria Island, Lagos and it had afro pop star, Wizkid, and Juju music maestro, King Sunny Ade, serenading the couple and their well-heeled guests. For Muyiwa, the birthday party went beyond just celebrating his wife; it was a platform and opportunity to prove wrong naysayers who thought he was down and out.

Alas, the gaudy bash also came with its own consequences as banks that he was indebted to went after him. Some of his choice assets and property in exclusive neighbourhoods across Lagos were confiscated. The very connected Muyiwa who counts Saraki as one of his closest friends, ran helter-skelter reaching out to friends in politics and business but not much came out of it.

Meanwhile, the spectre of running aground his billionaire father’s Metropolitan Bank still haunts him. Muyiwa assumed office as Managing Director/Chief Executive of the bank with effect from March 2001. However, the Central Bank of Nigeria refused to confirm his nomination explicitly stating that he did not meet conditions set in the CBN guidelines on appointment of top management teams of banks.

But he was eventually confirmed after the intervention of former President Olusegun Obasanjo, his father’s bosom friend.

Under Muyiwa, the bank’s operation was riddled with illegalities, contravention of rules and regulations for which it was sanctioned and mandated to regularise its actions. Some were rectified but a number persisted throughout the existence of the bank.

For example, recommendations pertaining to non-performing loans were not implemented and the loans persisted as non-performing throughout. In 2006, the CBN revoked the license of Metropolitan Bank for its failure to meet the minimum capital requirement for banks operating in Nigeria set at N25billion

factshunters.com
Posted by MAN ABOUT TOWN at 2:38 AM