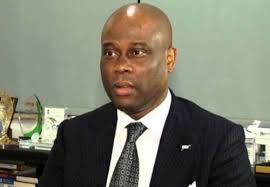 Surely, these are not the best of times for Mr Herbert Wigwe, the Group Managing Director and Chief Executive Officer of Access Bank Plc, one of Nigeria’s most visible financial institutions.

Wigwe is indeed in the eye of the storm and is facing
sundry court cases and has been mentioned in multi-billion-naira graft allegations involving some high net-worth individuals.

To some, this may be a familiar turf for Wigwe, having been previously involved in one business transaction or the other that either caught the fancy of anti-graft agencies or led to an explosive legal battle.

Wigwe’s sterling qualities and track record of achievements as an accomplished banker are never in doubt.

Asides having a degree in Accountancy from University of Nigeria, Nsukka, Wigwe has in his kitty an MA in Banking and Finance from the University College of North Wales (Now Bangor), an MSc in Financial Economics from the University of London, and is an Alumnus of the Harvard Business School Executive Management Program. He is also a chartered accountant.

Despite his impressive professional trajectory, Wigwe has, however, been involved in a myriad of court cases and some controversial deals.

For instance, in the wake of the moves by Access Bank to buy Intercontinental Bank, an obviously bigger bank then, a number of court cases were filed to challenge it. Wigwe at that particular point in time was the Deputy Managing Director of Access Bank, and played a lead role alongside the then Managing Director, Aigboje I. Aig-Imoukhuede in the deal.

The shareholders, in the petition, filed by their lawyer, Mr Onyebuchi Aniakor, had queried the planned sale on the strength of the fact that it was unthinkable that the same people who were indebted to the bank would also be making moves to buy it.

Olufunmilade, Afolaranmi Olufemi, Quadri Sulaiman, Muogbo Obiora, Awosanya Ojubayo, Ogunyemi Olusegun and Ighekpe Imoape had said they were shocked to discover that the Central Bank of Nigeria (CBN) listed one United Alliance Company of Nigeria Limited amongst the largest debtors of Intercontinental Bank in an advertorial dated August 18, 2009.

They added that upon a search at the Corporate Affairs Commission (CAC), it was discovered that the said United Alliance Company of Nigeria Limited is wholly owned by Aig-Imoukhuede and Wigwe, who are the only shareholders of the company with each holding 450,000,000 shares.

In another legal battle, sometimes in early 2014, Wigwe was slammed with a contempt of court case before an Igbosere High Court over an allegation that Access Bank under his watch, allowed a judgment-debtor to move funds out of its accounts despite being aware of a court order made in favour of a judgment-creditor, one NIYOD Construction Nigeria Limited.

The judge handling the case then, Justice Candide Johnson, had at a point in the course of the matter, said he would not hesitate to refer the matter to the Economic and Financial Crimes Commission (EFCC) for investigation of the criminal aspect of the transactions.

According to the main matter, Silverbird in 2009, secured a multi-billion contract from the Akwa Ibom State Government for construction, design and maintenance of an entertainment centre that would contain inter alia an American styled mall, a 250 bedroom five-star hotel, cinema complex, convention centre and two parks.

However, in 2010, Silverbird dragged NIYOD before an Akwa Ibom State High Court seeking return of N281.1 million over alleged breach of contractual agreement.

NIYOD, in turn, filed a counter-claim and demanded payment of N382.4 million, being the debt payable for the works done, inclusive of N211 million, which Silverbird earlier admitted via a letter dated March 18, 2010 as amount it owed NIYOD.

Trial judge, Justice Eno Isangedighi, had in a judgment delivered on December 19, 2013, ordered Silverbird to pay NIYOD N211 million representing the special damages for breach of contract which had been proved.

However, in an attempt to enforce the judgment, NIYOD registered it at the Lagos High Court, while Justice Candide-Johnson on February 25, 2014 made an order Nisi directing five banks to file various affidavits to show the state of finance of Silverbird.

The banks were Access Bank, Union Bank, Zenith Bank, First City Monument Bank (FCMB) and Skye Bank. Union, FCMB and Skye banks were later discharged after their affidavits proved that Silverbird had no account with them, while Access and Zenith Banks were accused of allowing the judgment-debtor to move funds out of their accounts.

Also, in May 2016, the EFCC arrested Wigwe over his alleged involvement in money laundering through Access Bank by officials of the Nigerian Maritime Administration and Safety Agency (NIMASA), as well as multi-million dollars deal traced to the former Minister of Petroleum Resources, Diezani Alison-Madueke.

Already, the Lagos State Government has taken over the prosecution of the matter before the Ikeja High Court through the office of Attorney General and Commissioner for Justice.

The defendants were accused of a $6.3 million fraud, and are being prosecuted before Justice Hakeem Oshodi.

Specifically, the defendants are facing a four-count charge bordering on conspiracy, obtaining by false pretences, fraud, and stealing, preferred against them by the Police Special Fraud Unit (SFU).

The prosecutor, Emmanuel Jackson, a Chief Superintendent of Police, alleged that the defendants committed the offences between January and December 2015.

He said they conspired with one another and with Augusta Energy of Geneva, Switzerland, to allegedly defraud Top Oil &Gas Development Ltd to the tune of over $6.3 million.

Mr Jackson claimed the defendants obtained the said money from Top Oil & Gas Development Ltd by falsely telling the chairman of the company, Don Etiebet, and other officers of the company, that Cast Oil and Gas Ltd had a contract with Augusta Energy of Geneva, Switzerland.

They said the contract was for the supply of 10,000 metric tones of automatic Gas Oil (AGO) by Augusta Energy of Geneva to Cast Oil & Gas, and that the price of the products was $6,382,665.71. They allegedly claimed Top Oil & Gas was the consignee of the products.

Mr Jackson said the defendants had also informed the complainant that after financing, purchasing, supply and importation of the said products into Nigeria from Switzerland, it would take delivery of same in its capacity as a consignee of the product and authorise Cast Oil & Gas to sell the said products on its behalf.

He further said the defendants also ensured that Top Oil & Gas Development recovered the monument invested for the purchase, supply, and importation of the said products, which they allegedly knew was false but induced the complainant to invest the said sum in the purported business, and fraudulently converted it to their own use and benefit.

According to the prosecutor, the defendants allegedly stole $6.3million, the property of Top Oil & Gas Development Ltd, which they deceived company to pay to Augusta Energy of Geneva Switzerland on behalf of Case Oil & Gas as the cost price of 10,000 metric tonnes of Automotive Gas Oil (AGO).

It was further alleged that the product which Top Oil & Gas Development Ltd, was deceived to pay for, was not supplied or imported into Nigeria, but they instead converted the money into their own use and benefit.

Mr Jackson said the alleged offences are contrary to Sections 422 of the criminal code, Cap C38, Laws of the Federation 2004, 8 (a) of the Advanced Fee Fraud and other related offences Act, No 14 of 2006.

Asides Wigwe and Access Bank Plc, others charged before the court included 41-year-old Alawode Oluseye and Bayo Adesina before Justice N.I. Agbelu of the Ogun State High Court in Sagamu.

In the charge marked HCS/010/19, SFU alleged that the Access Bank boss and others, sometime in June 2017, at the premises of Metal Africa Steel Products Limited, Kilometre 16, Ikorodu/Sagamu road, Ewe Jagun, Ogun State, conspired among themselves to have unlawfully effected the sale of 23,754.413 metric tonnes of steel billets, belonging to BMCE Bank International Plc for N2,572,500 billion to Africa Steel Products Limited.

Wigwe and other defendants were also alleged to have obtained the sum of N2,572,500 billion, from Africa Steel Mills Limited by false representation that they were the owners of the said steel billets.

In another development, Wigwe is also said to be currently under investigation over his controversial business transactions with a former Governor who is also being investigated by the EFCC. Though investigation is still ongoing on the numerous alleged transactions between the said Governor and Wigwe, however top on the list is an allegation that the former Governor heavily funded the deal through which Access Bank acquired Diamond Bank, allegedly using state funds. According to a legal expert who opted for anonymity, Wigwe is presumed innocent in the numerous cases he is standing trial for until he is discharged or acquitted by the courts