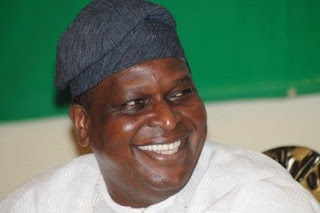 Justice Jude Okeke of an FCT High Court on Thursday sentenced Chief Olusegun Runsewe, Director-General of the National Council of Art and Crafts to prison for
contempt of court.

Okeke delivered ruling in a motion seeking to commit Runsewe to prison.NAN reports that the motion was drawn from a suit filed by Ummakalif Ltd against the Minister, Federal Capital Territory, Federal Capital Development Authority, the Director General, National Council for Arts and Culture, and the Minister for Culture and Tourism, 1st, 2nd, 3rd and 4th defendants respectively.
The motion dated June 21, 2019, was brought pursuant to Order 47 rule 10 sub-rules 1, 2 and 3 of the High Court of the Federal Capital Territory Civil Procedure Rules 2018.
Order of court committing Otunba Olusegun Runsewe, the Director General of the 3rd defendant to prison for contempt of the order of court made on Dec. 15, 2017.
Posted by MAN ABOUT TOWN at 8:18 AM