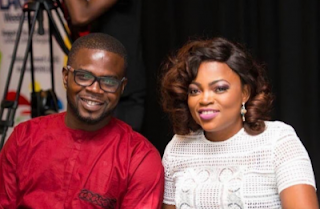 
The Police Public Relations Officer, Bala Elkana, confirmed to The PUNCH that the actress, popularly called ‘Jenifa’, had been taken to a Chief Magistrates’ Court in Ogba, Lagos.
The police spokesman told THE PUNCH, “The husband arrived at the SCID around 2 am and they will be arraigned together.”
They will be arraigned for breaching the Lagos Infection Diseases Regulations 2020 (the Regulations) which prescribes a jail term of one month or N100,000 fine or both for persons found guilty of hosting gatherings or flouting the lockdown order.
It reads in part, “Where there is a violation of a close down or stay at home order, security Agencies shall have the power to arrest without warrant and may detain any person who violates the close down or stay at home order for at least 48 hours.
“Where the arrested person is found guilty, the person is liable to a fine of N100,000.00 or one-month imprisonment or three months Community service.”
The police had arrested the actress on Sunday evening for hosting a party in honour of her husband, The PUNCH reports.
However, JJC Skillz and Naira Marley were absent during the time of arrest, causing the police to invite them.
Source: Punch
Posted by MAN ABOUT TOWN at 5:35 AM