Further details have continued to emerge on how the body of Uwa Omozuwa, a 100 level student of the University of Benin, hours after her body was first discovered.

The management of the Redeemed Church where the act was committed has expressed sadness over the death and gave insight into the events leading to the discovery of her body. 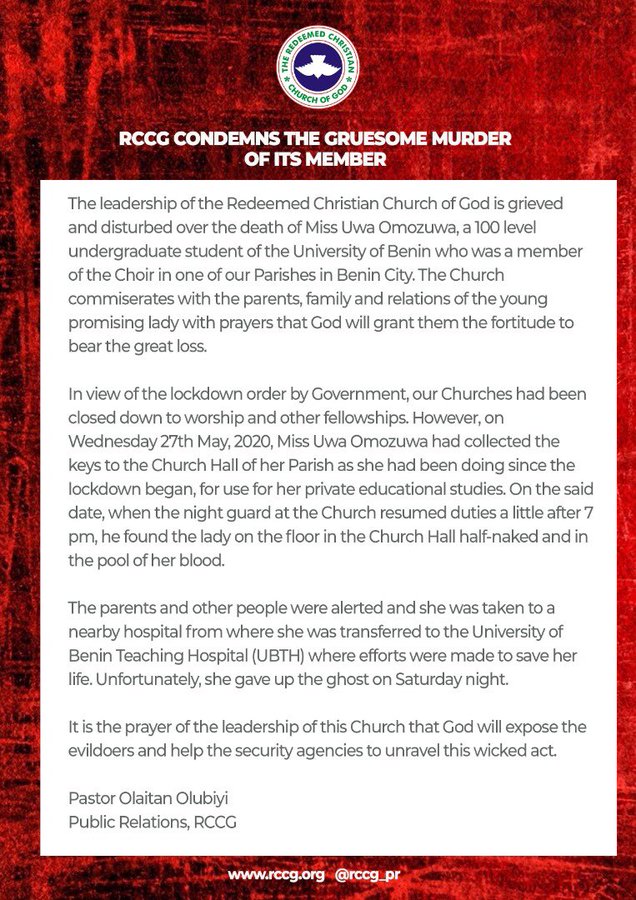 However, embattled governor of Edo State, Mr. Godwin Obaseki has said he is leaving no stone unturned to discover the killers of Vera Uwaila Omozuwa, in a series of tweets.

'I have ordered the Nigeria Police Force to thoroughly investigate the circumstances that led to the death of Miss Vera Uwaila Omozuwa, a 100-level student of the University of Benin (UNIBEN).

The police have been mandated to identify, arrest, and prosecute anyone found culpable in her death. The Violence Against Persons (VAP) Law is in effect in our state.

Using this law, we would ensure to investigate what exactly transpired and deal decisively with those found complicit in the dastardly act, whoever they might be'.
Posted by MAN ABOUT TOWN at 3:43 PM