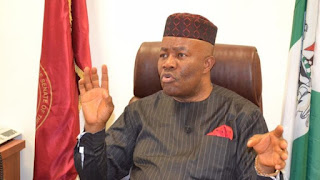 According to Peter Nwaoboshi, chairman of the committee, Akoabio got the contracts from the Niger Delta Development Commission (NDDC).
In a letter seen by TheCable, in 2017 when Akpabio was the senator representing Akwa Ibom north-west, he requested a N500 million contract from the NCDC.
Aside the N300 million for fencing, N150 million was for entrepreneurship training on the use of modern farming implements for youths and women of Akwa Ibom north-west senatorial district.
Another N50 million was for the renovation of a hostel at University of Nigeria, Nsukka, Enugu state.
All the projects were requested to be put into the NDDC budget at the time, according to Nwaoboshi.
Nwaobosho told journalists on Wednesday that the contracts were fully paid for but there was nothing to show for it. 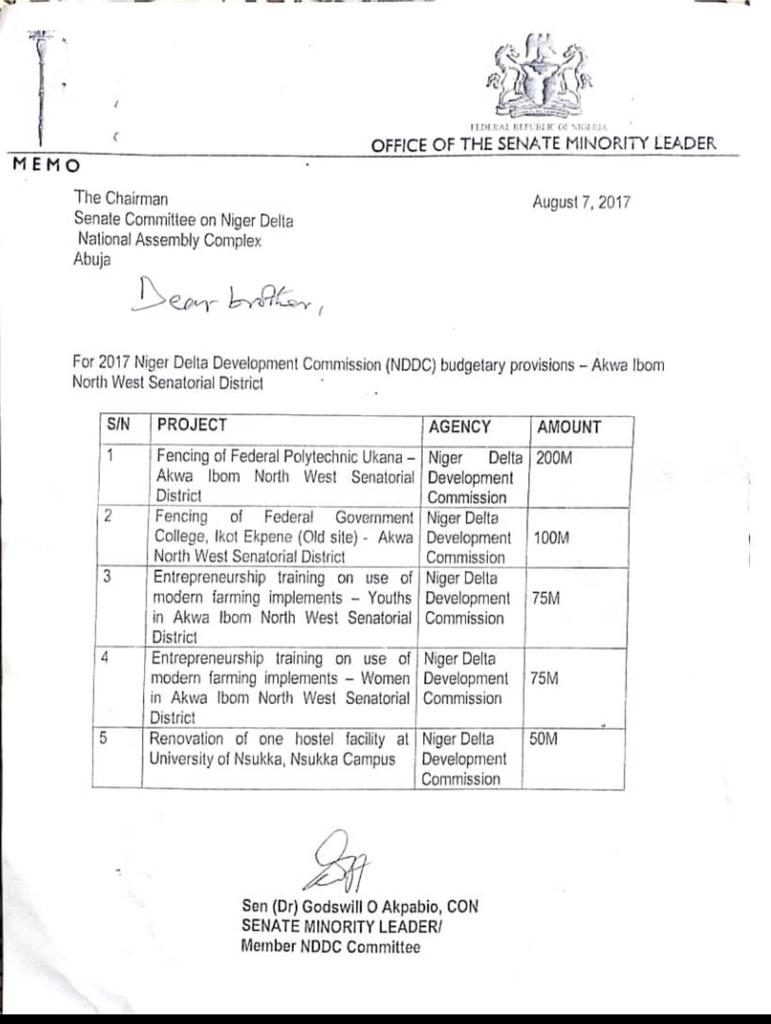 “Findings show that while there was no physical evidence of implementation of these projects, checks show contracts were awarded and fully paid for,” Nwaoboshi said.
“Such practices have turned the region to sites of abandoned projects.”
After President Muhammadu Buhari ordered a forensic audit of the operations of the NDDC from its inception in 2001 to 2019, Akpabio lamented that the commission had become known for abandoned projects as politicians “turned it to their ATM“.
“We have also had a lot of political interference, people have not allowed NDDC to work as it ought to, people coming with ideas not to move the region forward but to move their pockets forward. It has always been so… I think people were treating the place as an ATM, where you just walk in there to go and pluck money and go away, I don’t think they were looking at it as an interventionist agency,” he had said.
The president has appointed an interim management committee for the commission. However, the senate raised a panel to probe the committee over alleged mismanagement of N40 billion.
But Kemebradikumo Pondei, acting managing director of the NDDC, had accused the federal lawmakers of witch-hunt, alleging that they inserted non-existent projects in the budget of the commission.
On Tuesday, Akpabio said he would not allow the NDDC to be raped under his watch.
He was responding to the allegation of Nwaoboshi, who initially spoke of the N500 million contract but did not release any document.
In his response, Akpabio had said the letter eventually released by Nwaoboshi was on recommendations for zonal intervention projects as requested by the leadership of the senate.
Source: thecable