‘’He Was Rushed To The Hospital’’ – Inside Details Of How Former Senator Succeeded By Remi Tinubu Died. 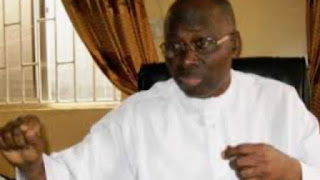 A chieftain of the All Progressives Congress (APC) in Lagos State, Senator Muniru Adekunle Muse, is
dead.

Senator Muse died early Tuesday, 2 June, 2020 at the Ahmadiyya Hospital in Apapa after a brief illness. It was learnt that his sickness started on Saturday, 30 May, 2020 and he was rushed to the Ahmadiyya Hospital in Apapa where he was admitted until he breathed his last early Tuesday morning.
He died at the age of 80, having celebrated his 80th birthday on Sunday, 17 May, 2020.
Senator Muse represented Lagos Central Senatorial District in the Senate between 2007 and 2011. His successor is Senator Oluremi Tinubu.
As a mark of honour, Senator Tinubu has been organising a football tournament annually in his honour. Before going to the Senate, he was Chairman of Apapa Local Government between 1999 and 2002, Executive Secretary of the local government between 2003 and 2004, and reelected Chairman of the local government again in 2004, a position he held until his election into the Senate in 2007. Before his sojourn into politics, he was a manager at the Nigeria Ports Authority (NPA) and a close associate of former Governor of the old Gongola State, Alhaji Bamanga Tukur

thegazellenews.com
Posted by MAN ABOUT TOWN at 6:26 AM