In 2Weeks Time! – Gov Sanwo-Olu Announced When Decision On Re-Opening Will Be Made In The Fight Against Covid-19 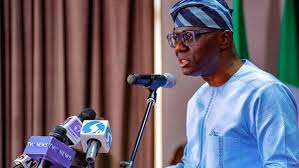 Lagos State Governor, Babajide Sanwo-Olu has announced that the
state government will take the decision to open schools in two weeks.

Sanwo-Olu made this known during a televised press briefing on Thursday.
The Governor had earlier announced that worship centres will be allowed to open starting from 19th and 21st June, 2020.
He ordered Grade13 and 14 civil servants to resume work from Monday, June 8.
Sanwo-Olu said “In two weeks time , we would make a decision on the reopening of schools.
The Governor also gave permission to all manufacturing companies to operate between 7 am and 6 pm .