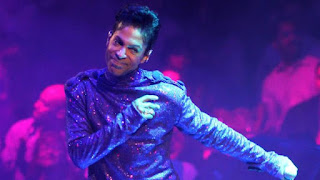 Prince Rogers Nelson was born on June 7, 1958, in Minneapolis, Minnesota.

The singer released his debut album, 'For You,' in 1978. Prince’s continued success solidified his sound, which blended funk, dance and rock. He made his film debut in 'Purple Rain,' and released a soundtrack album with the same name. It spent 24 consecutive weeks at No. 1 on the 'Billboard' 200. His final album was 'Hit n Run Phase Two.'


Prince later died of an accidental fentanyl overdose on April 21, 2016. Prince was known for his eclectic style. Throughout his career, he won Grammys, a Golden Globe and an Academy Award. Prince had a total of 16 platinum albums. He was inducted in the Rock and Roll Hall of Fame in 2004. His estate released a posthumous album, 'Piano and a Microphone 1983.' Happy Birthday, Prince!