The Untold Story As Umaru Mutallab, Father of Farouk Mutallab – The America Underwear Bomber – Becomes A Major Force In Islamic Finance With Jaiz Bank & His Major Backers In, Outside The Country 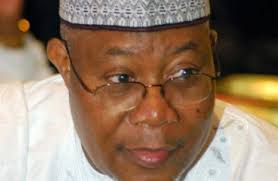 THE OCTOGENARIAN BANKER AND FORMER MINISTER UMARU MUTALLAB HAS MOVED INTO THE ISLAMIC FINANCE SECTOR ALONG WITH SENIOR COMMUNITY FIGURES AND MAGNATES FROM THE NORTH OF THE COUNTRY SUCH AS AMINU DANTATA, ALIKO DANGOTE AND MUHAMMED INDIMI. THEY HAVE THE BACKING OF SAUDI ARABIA’S ISLAMIC DEVELOPMENT BANK.

Though Saudi Arabia may be forced to cancel the pilgrimage to Mecca in July due to the coronavirus pandemic, this has not stopped the public body in charge of organising the pilgrimage, the National Hajj Commission of Nigeria(NAHCON), from encouraging would-be pilgrims since April to pay their contributions to the hadaya, the sacrifice of a sheep during the hajj.

Jaiz Bank, the Islamic bank of the billionaire Umaru Mutallab, has established itself as the sole partner of the government and NAHCON for the receipt of these payments, having entered into a partnership in 2017 in order to avoid informal payment circuits and scams.

The 80-year-old Mutallab, who is the founder, chairman and principal individual shareholder (with a 13.58% stake), has ensured himself a comfortable retirement thanks to Jaiz Bank. He set up the establishment in 2003 after an illustrious career in politics and banking. Minister for economic development under General Murtala Mohammed (1975-1976) and then for cooperatives and supplies under Olusegun Obasanjo (1976-1978), he was also the managing director of United Bank for Africa (1980-1988) and chairman of First Bank of Nigeria (1999-2009).

THE NIGERIAN MAGNATES INVOLVED IN ISLAMIC FINANCE
Jaiz Bank is the first and also the leading bank in Nigeria specialising solely in Islamic finance, in a country where over the half the population is Muslim. It reported a post-tax profit of 1.79bn naira ($4.6m) in 2019. To help him run it, the former minister has recruited heavyweights of the Nigerian economy, almost all of whom are from the north of the country where the majority of Muslims also live.

The senior Kano community figure Aminu Alhassan Dantata personally holds 5.31% of the shares in Jaiz and a further 13.25% through Dantata Investments and Securities. A former administrator of Kano State, he inherited Alhassan Dantata & Sons Group from his father Alhassan Dantata and the business empire has diversified into construction and oil.

The oil magnate Muhammadu Indimi has a 9.28% stake while Dangote Industries, the giant conglomerate belonging to Aliko Dangote, holds 8.48%. Indimi, who is the founder and chairman of the oil company Oriental Energy Resources, has increased his influence at Jaiz after his financial advisor Alhaji Maude was appointed to the senior management team in March.

SAUDI PUBLIC BANK IDB STEPS UP ITS PRESENCE IN JAIZ
In the same month, the public bank in which Saudi Arabia has a controlling 23.5% stake, Islamic Development Bank (IDB), also installed one of its representatives on the board: its senior investment specialist Mohammed Nijie. In addition to the Saudis, the Jeddah-based financial institution counts among its shareholders Libya (9.43%), Iran (8.25%), Nigeria (7.66%), the United Arab Emirates (7.51%) and Qatar (7.18%). Having initially acquired a 0.3% stake in IDB in 2005, Nigeria’s current 7.66% now puts it ahead of the other Gulf States in terms of shareholdings.

The Saudi bank has a strong investment in Jaiz with 8.51% of the shares. Prior to Nijie’s appointment, it was already represented at the bank by its investment manager Mohammed Ali Chatti. Another member of the Jaiz board, Tajudeen Adepemi Adebiyi, worked for IDB for twenty years from 1983 to 2003. For its part, Dangote’s company established a partnership with the bank in March 2014.

The operational management of Jaiz is entrusted to bankers from the north, including the director Hassan Usman and his deputy Mahe Abubakar Mahmud. Usman was formerly the financial controller of the Kaduna-based public company New Nigeria Development Company of which Umaru Mutallab was the general manager in the 1970s.