Supreme Court Orders Stanbic IBTC Bank To Pay Out N2.5billion In Damages For Breach Of Contract To Customer

The Supreme Court of Nigeria on Wednesday upheld the judgement of a federal high court in the case between the bank and a customer, Mr Patrick Akinkuotu earlier upheld by the court of appeal and ordered Stanbic IBTC Bank to pay N2.5 billion in damages for breach of contract.
This brings to a
Read more »
Posted by MAN ABOUT TOWN at 11:55 AM No comments: 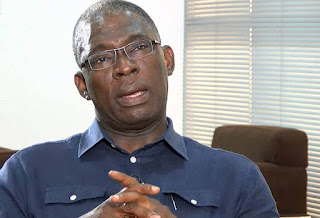 The sensational trial of Danish citizen, Mr. Peter Nielsen continued yesterday 20 February 2019 before Justice Okikiolu-Ighile sitting at the High Court of Lagos State, Igbosere, accused of killing rising pop star wife and
Read more »
Posted by MAN ABOUT TOWN at 3:45 AM No comments: 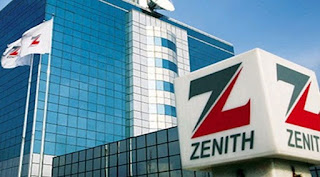 Also, in demonstration of
Read more »
Posted by MAN ABOUT TOWN at 10:08 AM No comments: 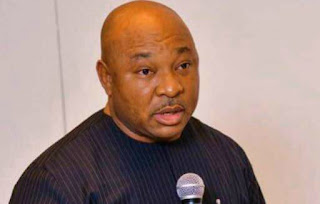 Supporters of Kogi East Senatorial candidate Victor Adoji are having it very tough ahead of the shifted general election.

Information filtering in has it that
Read more »
Posted by MAN ABOUT TOWN at 6:19 AM No comments: 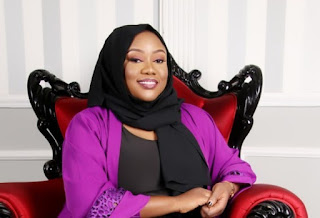 Rinsola Abiola, the daughter of late philanthropist Moshood Kashimawo Abiola is having it very rough in the battle to become a Federal House of Representatives Member.

The daughter of the large-hearted spender dubbed the
Read more »
Posted by MAN ABOUT TOWN at 8:51 AM No comments:

Otunba Gbenga Daniel, the major employer of labour, former governor of Ogun state and the Director General of the Atiku for President campaign reveals why Nigeria can not survive another four years of re election seeking President Muhammadu Buhari in this state of the nation address.

Few hours ago, insurgents believed to be members of the terrorist organization, Boko Haram, attacked the convoy of the Governor of Borno State and my very good friend, Alhaji Kashim Shettima. Alhaji Shettima is just one of the thousands across the country whose lives have been threatened and in most cases taken away by terrorists who the federal government boldly said have been defeated few months ago. Children, wives, fathers, mothers, infants and several loved ones have had their lives cut short by bandits in the North Western part of the country while our brothers and sisters in the middle belt continue the unceremonious burial of family members, loved ones, children and parents in shallow graves as a result of the unchecked bloodthirst of herdsmen across the region. This is the state of Nigeria today!

In the last four years, we have witnessed an unimaginable level of blatant disregard for the wellbeing of Nigerians by a government that places more emphasis on a caricature anti-corruption war that continues to enrich friends and families of those in the Presidency without recourse to the pains of the people. In the full glare of us all we witnessed as cronies and friends of the President caught red handed in illicit funds were patted in the back while individuals in the opposition party and even independent institutions were clamped down with rigour and alacrity alien to this government.

Our nation today is one that has made it nearly impossible for an average Nigerian to feed a simple family of five. Workers and civil servants toil day and night for salaries and wages that can not afford them and their families a three square meal. The prices of food items in the market have skyrocketed to an unimaginable state while basic bills such as school fees, house rents among others have become a luxury affordable easily only to those who cut corners.

Fellow countrymen and women, I feel this pain as well. Not just as a Nigerian but also as a businessman with hundreds of people on my salary schedule. I have watched many breakdown as a result of these hardship and I have seen many businesses and corporate organizations close shops as a result of bad government policies.

And this is why this election is not about political parties or just an individual. It is about us as a people. Nigerians who live in Nigeria and are the direct victims of this lack of direction and knowledge of how to run the country by those in power today.

To those who are still unclear of the choices before us. It is a choice between a man who has created thousands of Jobs, employed over 50,000 across the country and another man whose only source of job creation is rearing of 150 cattle. We need the former to solve our reoccurring unemployment problem across the country and the latter to go back home and face his flocks.

It is a choice between an healthy and sound minded Nigerian who has the capacity to carry out the duties of the office of the President of the Federal Republic without annexation of same to some group of individuals named cabals and a man who is better left to take a long rest and attend properly to his health concern without holding us all to ransom and having those who are neither elected or appointed dictate and share the duties of the office of the President without accountability.

It is a choice between a man who understands what is required for this country to grow with a sound business mind and technological exposure needed to refocus our nation to the emerging innovations and new age generation not just for us but our children and grand children. A digital system devoid of analog mentality.

Atiku Abubakar is the choice before us. He is our ticket to development and advancement. He is our hope to jobs, good healthcare, better security and most importantly, good life.

Fellow Nigerians, I enjoin you to save Nigeria from the disaster of another four years of this administration. I implore you to answer this clarion call and help end the looming catastrophe.

Vote PDP and stand by your vote. I will be doing the same. Not just for myself and family but for those ones coming behind who would ask why we allowed evil to prevail.

The future of Nigeria is now in our hands. Let's save it!

Posted by MAN ABOUT TOWN at 3:42 AM No comments:

Inside The Stormy World Of Embattled Billionaire Tunde Ayeni 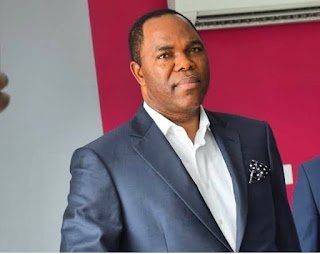 Tunde Ayeni, the former Chairman of Skye Bank Plc (now Polaris Bank),is trapped in a maze of depressive economy. His hard luck could be attributed to deceptive commerce and ethical misadventure, according to pundits in the banking sector. According to many close watchers,
Read more »
Posted by MAN ABOUT TOWN at 12:07 PM No comments: 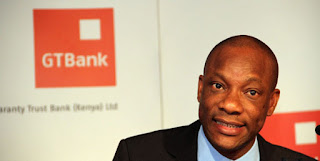 It is not for a lack of creative and catchy ideas that the governorship campaign of Jimi Agbaje is being described in many quarters as blasé and boring; it is majorly an issue of funding. The People’s Democratic Party, PDP, candidate’s major headache is lack of money.
Read more »
Posted by MAN ABOUT TOWN at 9:06 AM No comments: 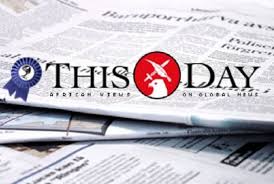 This cheering news filtering out of the offices of Leaders and company, the Publisher of a national newspaper – Thisday.

Shaka Momodu, one the Editors at Newspaper house just made a major
Read more »
Posted by MAN ABOUT TOWN at 3:01 AM No comments: 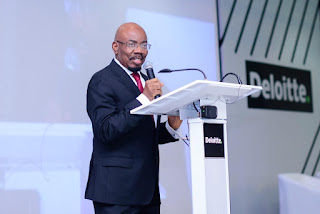 The Chairman of Zenith Bank Plc, Mr. Jim Ovia (CON), has lauded the federal government’s economic team for pulling the economy out of economic recession, acknowledging that the country’s economic outlook shows that it is now on a growth trajectory.

Giving his
Read more »
Posted by MAN ABOUT TOWN at 1:37 AM No comments: