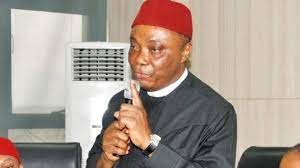 The court ordered that his two companies, Golden Touch Construction Project Ltd and Suiming Electrical Ltd, be wound up in line with the provisions of Section 22 of the Money Laundering Prohibition Act 2021.

The Appellate Court’s ruling followed the success of the appeal by challenging the judgment of Justice Chukwujekwu Aneke of the Federal High Court which on June 18, 2021 2018 discharged and acquitted the defendants of a two count charge of fraud and money laundering.

EFCC had arraigned the three defendants over the acquisition of a property named Guinea House, Marine Road, in Apapa, Lagos, for N805 million.