Kim Kardashian West To Get Hidden Hills Estate In Divorce 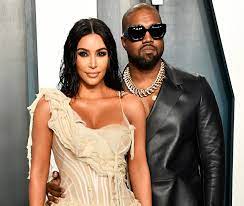 According to court documents seen by TMZ, Kim Kardashian and Kanye West have agreed to let Kardashian keep the couple’s Hidden Hills home. Kardashian has been staying in the $60 million home since she filed for divorce earlier this year. It’s been reported that the couple negotiated a buyout price for the home, which West and architect Axel Vervoordt worked on for years. The couple even bought the property next door to expand their estate. TMZ said the negotiations were “extremely cordial” between West and Kardashian. Kardashian and West bought the home in 2014 for roughly $20 million. This comes after West supposedly listed his Wyoming home for $11 million and purchased a beach house in Malibu for $57 million.
Posted by MAN ABOUT TOWN at 5:35 AM