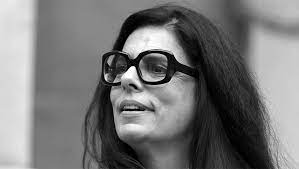 World’s richest female billionaire, Francoise Bettencourt Meyers, from France is close to the $100 billion mark, as her net worth has risen to $95.9 billion since the beginning of 2021 and she has posted a gain of $20.1 billion.

About 33% of L’Oréal, the world’s largest cosmetic company, is owned by her. As a holding company director, the French woman also represents the family stake that was attributed to her mother until she passed away about four years ago.

An analysis of company filings and Bloomberg data shows that L’Oreal has paid the family more than $6.3 billion in dividends. Analysing the proceeds of her investments, market performance, insider transactions, taxes, and charitable contributions will determine the value of her cash investments.

Currently, Bettencourt Meyers’ net worth would be enough to purchase 51.8 million troy ounces of gold or 1.2 billion barrels of crude oil. At the time this report was written, the 68-year-old billionaire held an estimated amount of $5.53 billion in cash.

Her grandparents, Andre and Liliane Bettencourt are the grandson and granddaughter of Eugene Schueller, the founder of L’Oreal. The world’s richest woman lives in Paris, France. Liliane Bettencourt (grandmother) was replaced by her son Jean-Victor Meyers on L’Oréal’s board about nine years ago.

Tajmeeli, a cosmetic surgery education site, compiled a list of popular beauty brands and used Google Trends to determine search interest in 108 countries, and concluded that L’Oréal Paris was the most searched cosmetics brand in the world.

Almost a quarter of the nations studied chose to buy products from the French cosmetics giant, showing clear appeal among beauty enthusiasts.

There is a strong French brand presence in the Netherlands, Belgium, Hungary, Ukraine, Brazil, Colombia, Argentina, India, Thailand, and Turkey. Asia, Europe, and South America are also the most popular continents for the brand. It appears that French consumers prefer luxury brand, Guerlain, against all odds, to L’Oréal Paris.