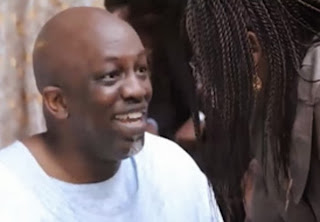 Maevis Nigeria Limited, the claim to fame and money maker of Lagos topshot- Tunde Fagbemi is engulfed in a multiple crisis.

And sources confirmed this development is greatly affecting operations at the high income earner.


Here is the disclosure of issues afflicting the firm as made obtained by naijacelebrities.net

'MAEVIS Nigeria Ltd came to fame when it got the Flight Information Display System and Automation Management System contract from the Federal Airport Authority of Nigeria, FAAN. The company was collecting all the tariffs in four international airports for FAAN until about two years ago when the contract was terminated by the latter.

'Presently, MAEVIS is contracted to Niger State Government to capture the state’s civil servants data and run the pay-roll. A biometric staff verification contract, inside sources told orijoreporter that the owner, Tunde Fagbemi is a close ally and friend of Gov. Babangida Aliyu.

'A company of contrasts- Fagbemi, also one of Ex-President Olusegun Obasanjo’s business associates lives big. He has a swanky home in UK, which he bought for £2m (about N500m), and drives a Land cruiser bullet proof jeep sold for N47m like that of Stella Odua gate.

'However, his staff live in utter misery. Following several months of being owed salaries, in March, sixteen out of the twenty-five of them had to resign after their expectations that their salaries would be paid dragged on and on, and made them sick at hearts.
Even in October when Niger State Government paid N35m to MAEVIS for its service, staff salaries were still not paid.

'Orijoreporter further gathered that staff that are left in the company have resorted to self-help- with some very ridiculous. It was alleged that the company’s general manager, Alhaji Shittu who now lives in Minna with other staff owing to the Niger State civil servants biometric exercise, formed the habit of chasing married women, and was caught recently, and was almost lynched.'
Another one, Tolu Orebanjo who works in the treasury department in Niger, stole N5m civil servants’ salaries and was last week arrested and detained in Lagos.
Posted by MAN ABOUT TOWN at 3:13 AM