The Assemblies of God Church just effected a drastic decision. 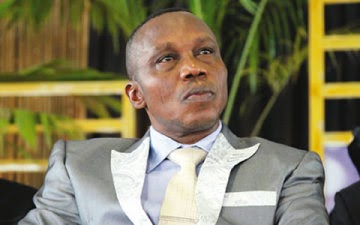 It has effected the dismissal of it's spiritual father - and equally withdrawn his pastoral certificate.


Here are the details as sourced.

'The Assemblies of God Church has announced the excommunication of its past General Superintendent, Rev. Paul Emeka, from the church

But reacting to the development, Emeka told SUNDAY PUNCH the action was a “coup.”

While announcing the removal of its spiritual leader’s dismissal from the ministry with his pastoral certificate withdrawn, the church also announced the emergence of Rev. Chidi Okoroafor as the new General Superintendent of the church.

He was elected alongside three other principal officials and fifteen zonal representatives to form the new Executive Council of the church for the next four years.

The decisions were part of the resolutions reached by over 7,000 delegates of the church at the General Council meeting at its Evangel Camp, Okpoko in Ebonyi State.

At the council meeting, held every four years, the delegates reportedly decided on the excommunication after concluding that the ex-spiritual leader “had dragged the name of the church in the mud by instituting legal suits and using law enforcement agencies to witch-hunt some of their leaders.”

According to the Legal Adviser of the church, Barrister Abuka, the dismissal of Emeka was necessary and had paved the way to institute litigation against the former general superintendent, who was alleged to be “making moves with some members to take over the church.”

The church also claimed he was working with other alleged collaborators believed to be working at cross-purposes with the church’s leadership.

Commenting on the crisis rocking the church, Okoroafor said the measures were necessary to remove those whom he described as “dissidents bent on frustrating progress” in the church.

He confirmed that legal actions would be taken against Emeka and others seeking to take over the church through lawsuits.

Justifying the reasons for this, the new general superintendent said, “We cannot spiritualise legal issues. You can’t just be praying when somebody is taking you to courts. We would no long keep quiet and allow our property taken over or our accounts fraudulently run by them.”

He pointed out that the church had identified constitutional loopholes that Emeka and other capitalised on, stating that such sections would be properly addressed when an emergency council meeting holds next year.

However, the excommunicated general superintendent told SUNDAY PUNCH that he stood for reconciliation. According to him, the church has been embroiled in some crises in which a former Governor of Ebonyi State, Sam Egwu and the Pentecostal Fellowship of Nigeria intervened in the matter.

Emeka said, “By announcing my excommunication from the church, they are trying to instill fear into people so that they can distance themselves from me. I stand for reconciliation. I have committed no offence.

“But, some people in the church organised an illegal election to remove me by force from office. They would not allow me to complete my four-year tenure in office which started in 2010. They are even threatening my life. I have petitioned the Inspector-General of Police on that.” Punch
Posted by MAN ABOUT TOWN at 1:56 PM