The problems afflicting the world of oil baron Jide Omokore is gradually taking hold of his marriage. 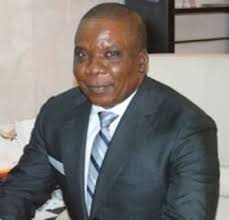 And his wife is said to be greatly unsettled by how things have turned for the family.

There appears no end yet in sight for the troubles afflicting the mega fortune of Nigerian oil Baron, Bashorun Jide Omokore. The Resource Energy boss who was well connected in the corridors of power remains central to an array of high-profile financial deals which concern the former President Jonathan and Diezani Alison-Madueke, the controversial former Minister of Petroleum Resources.

It all began in January 2014, when the former governor of the Central Bank of Nigeria, Sanusi Lamido Sanusi, implicated Omokore and others in a massive looting scheme that runs into billions of dollars. Omokore and other businessmen are said to have shared the hefty sum, taken from proceeds of crude oil sales, and shared it amongst themselves.

Since President Mu­hammadu Buhari took over power, he has assured the international community and Nigerians that his administration would trace the accounts of individuals who stashed away ill-gotten oil money,  freeze, recover the loot and prosecute the culprits.

In response to Buhari’s promises of recovering stolen money, The Economic and Financial Crimes Commission, EFCC, moved against the controversial business man Jide Omokore, who has been fingered in many illicit deals with the previous administration.

Omokore is alleged to be engaged in fuel subsidy scams and shady dealings involving private jets for both Alison-Madueke and President Jonathan running into billions of naira. He and his partner, Kola Aluko in the past serve as business front for powerful shadowy figures in government.

The Kogi state born businessman’s travails has been a subject of discussion in the media recently, especially how his business partner, Kola Aluko disappeared with a whopping $4b (Four billion US Dollars), about 600 billion Naira which was said to be in his (Kola Aluko) possession.

The said money was the proceeds of one of the booties or put it “national cake” between Aluko, Omokore and Dezanni. This lead former President, Jonathan to walk Omokore out of Aso rock and blocked all big money deals he has interest in, over the disappearing act performed by his partner, Kola Aluko. The development has roots in the role of the duo in the missing $20b the former government attempted to sweep under the carpet.

Jide, widely known as a heavy spender was also the ladies sugar daddy!  He squandered millions of stolen oil dollars on girl friends, buying them mansions and luxury cars. Bashorun was recently rumored to have dated Porsha Williams, star of the American reality show “Real Housewives of Atlanta”. Reports have it that Omokore, bought Williams, a $500K custom Rolls Royce and other expensive items while he abandoned his former banker wife, Angela Jide Jones, and her children to fend for themselves.

Informed sources confided that, his sudden disappearance from the social circle and low profile lifestyle he adopted recently might not be unconnected with the impending probe by the EFCC.

Circuits of some of his highly influential friends, business partners, family have all abandoned him to his fate. His wife of many years has bluntly told him to go and collect the money from those he spent it on. A family source who preferred anonymity said “We read about the huge spending and it is embarrassing to the family especially seeing his wives and children not benefiting from him. We support her attitude towards him because he never remembered home while the going was good. We just do not understand the sense in his behaviour.” family members have vowed to make available some dirty lifestyles and the real secrets why he prefers an opulence life and stupendously enriching outsiders to helping family members.

Meanwhile, all the high society ladies that enjoyed his largess have all disappear into thin air for fear of EFCC taking over the properties and cars he bought for them. Also his international passport is with the anti-graft agency pending an appearance in court