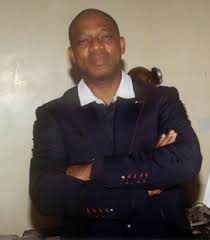 Politician and Chief Executive Officer of Heyden Petroleum, Dapo Abiodun is linked as one of the major beneficiaries of the corrupt rule of Diezani Allison Madueke as Minister of Petroleum.


Diezani Alison-Madueke during the Jonathan’s administration was trailed with the allegations of corruption, fraud, cronyism, abuse of office and a high-level promiscuity. The beautiful woman, many believed had several ‘underground and undisclosed’ relationships with so many younger men especially in the oil and gas industry whom she is alleged to have made multi-billionaires overnight.

Amongst those men is the CEO of Heyden Petroleum, Dapo Abiodun who is no doubt relishing in his latest statuesque as a billionaire. His snazzy romance with Diezani lasted for a long while and they both enjoyed each other’s company both home and abroad. It was gathered that the serial infidel, Diezani who is never tired of indulging in extra-marital affairs loved Dapo and he was then the “apple of her eye”. He was highly favoured as she awarded juicy contracts and more patronage through her influence.
 
It was gathered that Dapo, who is extremely smart, milked Diezani, he made billions of dollars off her while his wife and children suffered neglect in London. While his relationship with Diezani flourished, his bank balance continued to benefit liberally, being close to her he invariably was a regular caller at her house and in the process, became good friends with all her domestic staff and security details, always lavishing them with monetary gifts and presents.

The Lagos oil and gas big boy who dabbled into politics for the Ogun State senatorial seat keyed into immediate pleasure with Diezani in pursuit of his future delight and happiness. Dapo Abiodun we can authoritatively say, benefitted immensely from the former Minister of Petroleum, he made billions of dollars off her, as he lavishly spends on exotic cars houses and acquired N7b Bombardier jet.
Posted by MAN ABOUT TOWN at 4:36 AM