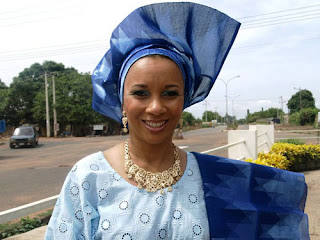 While granting the bail with two sureties in like sum, the appellate court ruled that Ms. Fiberesima bail application had merit.

The actress had been sentenced to five years in prison, in 2009, by a Lagos High Court.

On March 12, the Court of Appeal‎ dismissed an appeal by Ms. Fiberesima challenging her jail term, forcing the actress to file a bail application.

On Thursday, the appellate court, in a two-one split judgment, held that Ms. Fiberesima had not jumped bail in the past.

The court also stated that it exercised its discretion in the actress’s favour in view of her health condition.

“It would amount to injustice if after Fiberesima had been kept in prison, the Supreme Court later, after about three to four years, decide that the five year jail term imposed on her should be set aside,” said Samuel Oseji, who read out the judgment.

Sidi Bage, who presided over the three-man panel of judges, aligned himself with the lead judgment.
But Y.B Nimpar, the third judge, took a dissenting opinion on the judgment.

According to Mr. Nimpar, Ms. Fiberesima’s ill-health grounds for seeking bail could not be justified.

The judge said there was no record before the court of health complications developed by the actress since February this year when she underwent breast cancer surgery.

Also, the judge noted that the prison was adequately equipped to cater for the medical needs of the actress, and the hospital was capable of issuing referral to other facilities, if the need arises.

“The applicant is already convicted and presumption of innocence is no longer available,” the judge said.

“I personally will not exercise discretion in favour of the applicant.”

Ms Fiberesima was sentenced by Justice Deborah Oluwayemi of a Lagos High Court, for reckless driving and causing death.

She was alleged to have recklessly driven a car which resulted in an accident along the Lekki-Epe expressway, Lagos, causing the death of Giwa Suraj, a staff of a Lagos State government hospital
Posted by MAN ABOUT TOWN at 9:52 AM