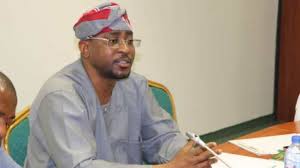 Strategically nestled on the ever bustling street of Akin Adesola Road, Victoria Island, is SIP Nightclub. It is regarded as the most prestigious night club in Lagos. Many reasons account for
this fact. Over the years, SIP Nightclub, which shares the same space with the super swanky Zen Bar, has consistently sustained its upmarket lane; it is wholly elitist in terms of membership and it is the meeting point for the most fabulous upwardly mobile young men and women.

However, the exclusivity of civility which had hitherto been identified with this elitist nightclub, was shattered during the last Boxing Day, Thursday 26 December. At the center of the shameful drama were Sujibomi Ogundele, the self-acclaimed real estate and construction mogul, who is also known as Sujimoto and his former best friend, Honourable Olumide Osoba, a lawmaker representing Abeokuta North, Odeda and Obafemi-Owode Federal Constituency in the House of Representatives; and first son of Akinrogun Olusegun Osoba, the former governor of Ogun state.
The ELITES exclusively gathered that the two former best friends had engaged in a physical combat, reminiscent of the recent boxing bout between Anthony Joshua and Andy Ruiz. At the end of the fight, Sujibomi, who is a devout gym enthusiast, allegedly did to Osoba, what Joshua did to Ruiz during their boxing bout in Saudi Arabia.
Eye witness accounts disclosed that on the fateful day when the fight between the former friends broke out, SIP Nightclub was packed full to the brim, as the high-end fashionable crowd trooped in to let their hairs down. All of a sudden there was pandemonium and commotion by the left side of the club’s entrance, where tables were usually reserved for the Big Boys.
In a nightclub, which was filled, inch to inch with patrons, it is difficult to tell exactly what could have triggered the physical combat. However, according to sources who witnessed the scuffle, Sujimoto was the first to lash out with a staccato of heavy punches on Olumide. His dexterity in boxing was expressly displayed. Sujimoto, who grew up in Ahmadiyya area in Agege, Lagos, really proved that he was a street boy. Unfortunately, Olumide, an ajebota, who scores low in Street Credibility class, tried so hard to dodge some of the blows dealt to him. But he wasn’t so lucky. His feeble attempt at retaliating Sujimoto with some blows also turned out to be an exercise in futility.
Sources disclosed to The ELITES that it was a most shocking scenario as Sujimoto is regarded as a committed patron of many night clubs and he has never had any reason to fight anyone in clubs. So also is Olumide Osoba, who is described to be reserved and quiet by nature.
Interestingly too, a few hours before he got beaten up by Sujimoto, Olumide had hosted a select few friends to a house party at his Parkview mansion in Ikoyi. Hence, it was not out of place for him to have headed to the club in the wee hours of Friday, December 27, with some of his friends.
Sensing that Sujimoto had humiliated their friend by having the upper hand in the fight, Olumide’s friends decided to fight back. Unfortunately for them, the self-acclaimed real estate mogul, was in the company of his friends. Sujimoto, who is regarded as the number one Champagne popper in Lagos, always has many other big boys and girls on his tables at clubs. Thus, his friends were reported to have risen to the occasion and challenged Olumide and his friends to a free for all.
However, the brewing war was quelled by the some club patrons and security men. The situation was eventually brought under control, and the night rolled on like it never happened. 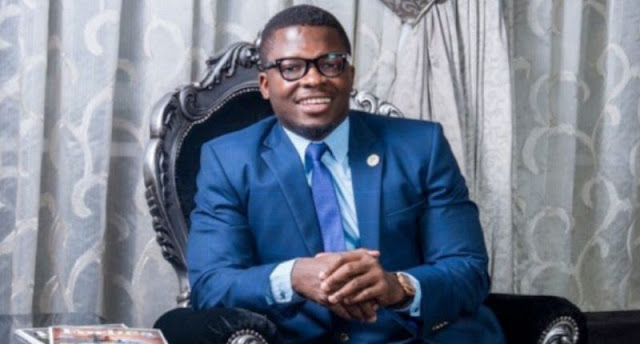 Some of the Lagos big boys present during the drama were Tobi Osoba, the younger brother of Olumide, who was reported to have tried to calm his two big brothers down, because Sujimoto has always been like a family member within the Osoba household. Also present was Tive Ibru, the Director of The Guardian newspapers and son of society matriarch, Lady Maiden Ibru. High flying fashionista, Kunle Onitiri was also present as he struggled to calm Sujimoto down.
It is imperative to note that Sujimoto and Olumide used to be close friends and they were inseparable. But all of a sudden, their friendship went south and they have refused to talk about what exactly caused this friendship to end. However the two Big Boys were said to still tolerate each other’s presence and they tried to put up with themselves whenever they run into each other in public. So, to many bonafide members of the Lagos social establishment, this fight was not too much of a surprise.
Meanwhile, Sujimoto, after pummeling his former friend, Olumide, also pulled a fast one on him. He was reported to have played the victim and immediately placed a call to his father, Akinrogun Osoba to report that Olumide had attacked him at the club.
Sources disclosed that some notable elders within the society are working towards reconciling the feuding friends.
Source: theelite